Bury St Edmunds is famous for its market. Every Saturday around 100 stalls cram in, while around 60-75 can regularly be seen on a Wednesday.

As part of our series of Love Local features, shop retailers have already described how the market can have a positive knock-on effect for their footfall.

Sharon Fairweather, West Suffolk Council’s market development officer, said: “The market is a tourist attraction and it supports the rest of the town by bringing people in.

“It is not just about the retail but the experience it provides in the town centre.” 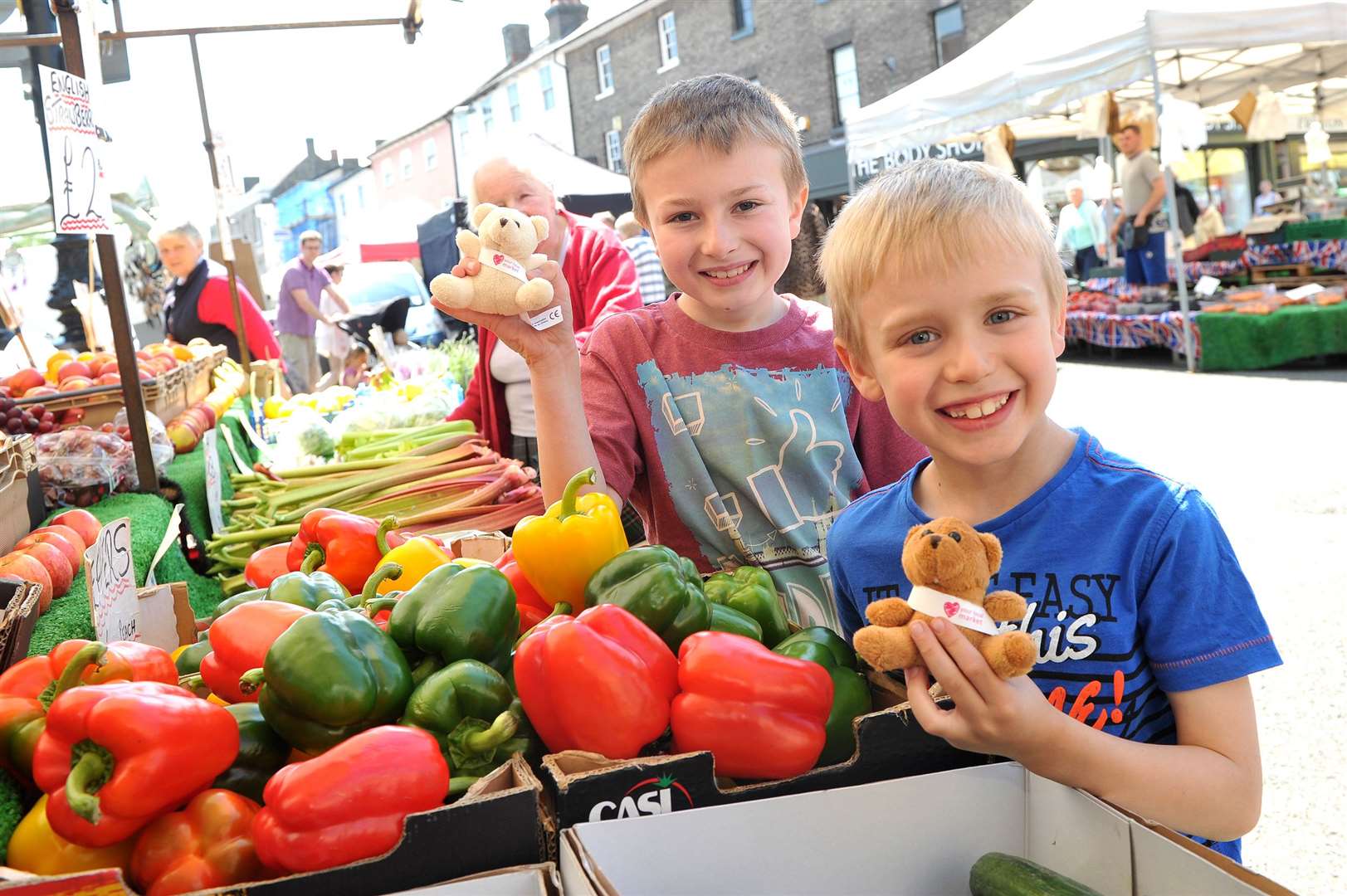 She added: “There is also an important social aspect. Stalls have regular customers, who go there every week. For older customers it could be the case that is the only person they could see all day.

“A lot more local produce is coming into the market. Some stalls now have zero waste, where customers can bring their own containers.”

Sharon said markets could be good places for businesses to start out, naming Curry With Love and Just Our Stall as two town shops to have started life at the market.

Darren Old runs a card stall and is also chairman of the Bury branch of the National Market Traders’ Federation.

He said: “The market has a social aspect and customer service is important.

“A lot of the produce is local, and especially in the case of fruit and veg, it is all from a small area around Bury St Edmunds.

“We are all small businesses that create employment for the town. We are local people and the money we generate through our own businesses we keep in the town.”

He added that the market was moving with the times by adding street food stalls, popular with young people in London. One recent example is a vendor selling Yorkshire pudding wraps.

“For years the Bull Ring markets in Birmingham had no space for new traders and became stagnant but in Bury St Edmunds there are opportunities,” Darren said.

As a fourth generation trader, Darren has the market in his DNA. But he fears its omnipresent status could leave it liable to become part of the furniture.

“There can be an expectation that we will always be here,” he said. “We can be overlooked.”

Darren’s concern that the market may be a victim of its own success has also been felt by Sharon.

She added: “We often don’t appreciate what is on our doorstep because we are so used to it even if people will travel from across the country, it is not just West Suffolk.

“There is a lot more choice now. It’s the experiences and tastes that people are coming to explore. Like retail, it’s a case of use it or lose it.”

Sharon has helped to raise awareness of it by giving the council’s backing to the national Love Your Local Market campaign, since it began in 2012.

“Love Your Local Market is a fantastic way to promote all markets nationally, it is about highlighting what it brings to town."

National Association of British Markets (NABMA) organises the scheme, which this year runs from May 17 to 31. As well as publicising the market – there will be special promotions (see right) and a treasure hunt for children.

Darren said: “Love Your Local Market is a fantastic way to promote all markets nationally, it is about highlighting what it brings to town.

“It can remind people we are here and that this is what we do. Schools have been involved over the years, so they can see what we do and we can hear what their perception is. It can make a difference having different points of view from children.”

NABMA estimates that 11,000 people have had the chance to sample market trading and at least 1,000 new businesses have been created through the scheme.

The theme for 2019 is ‘Markets Close To Your Heart’ and towns across the country are taking part.

But it is not the only scheme West Suffolk Council is promoting to champion markets, alongside Bury’s business improvement district team.

Two mini markets will be held on Sunday, June 30, and Sunday, July 28, and there will be the one-off Friday Night Food Festival on July 19. There is also the pop-up museum on Armed Forces Day (June 29) which will be held to mark 100 years of women in service.

West Suffolk Council has also organised additional seating to create a dining area, while St Benedict’s School has produced a recipe book to be given away for free on May 25.

Sharon said: “Sundays are a really good shopping day now, and we are calling these mini markets. There is also the Friday Night Food Feast. We try to put activities on to bring attention to it. The market is a place for the community, and that is shown with our pop-up museum on Armed Forces Day.

“It is important to hold events to promote the market - and that is why we are doing things around armed forces day.

“Stall holders are brilliant and always get involved. They like to be part of something and the public are recognising it.”

She added: “We can offer deals for people who want to trade on the market. If they want to try out a product we can help by providing a gazebo, help in getting insurance and starting a stall. A lot of people are retiring early and are looking to get back to work (as well as those starting out) so we see a variety of people.”