Bury St Edmunds Leisure Centre could move to a new purpose-built site in a multi-million pound development to bring public services together.

The leisure centre, in Beeton's Way, would relocate to the nearby site of St Edmundsbury Borough Council's depot as part of the £100 to £125 million Western Way Development.

The steel frame of the depot building and an adjoining warehouse, in Olding Road, would also be re-used for a facility to house public services including health under one roof as well as provide about 6,000 m2 of commercial office space.

Accommodation for about 150 West Suffolk College students would be built on the site of the current leisure centre and there would also be space for parking.

Council bosses say the development would 'reduce costs to the public purse and free up other assets in the area'.

Councillors are due to decide at a meeting on Tuesday, October 30 whether to pursue a detailed business case, costing up to £1.5 million and paid for by the authority as well as external funds. 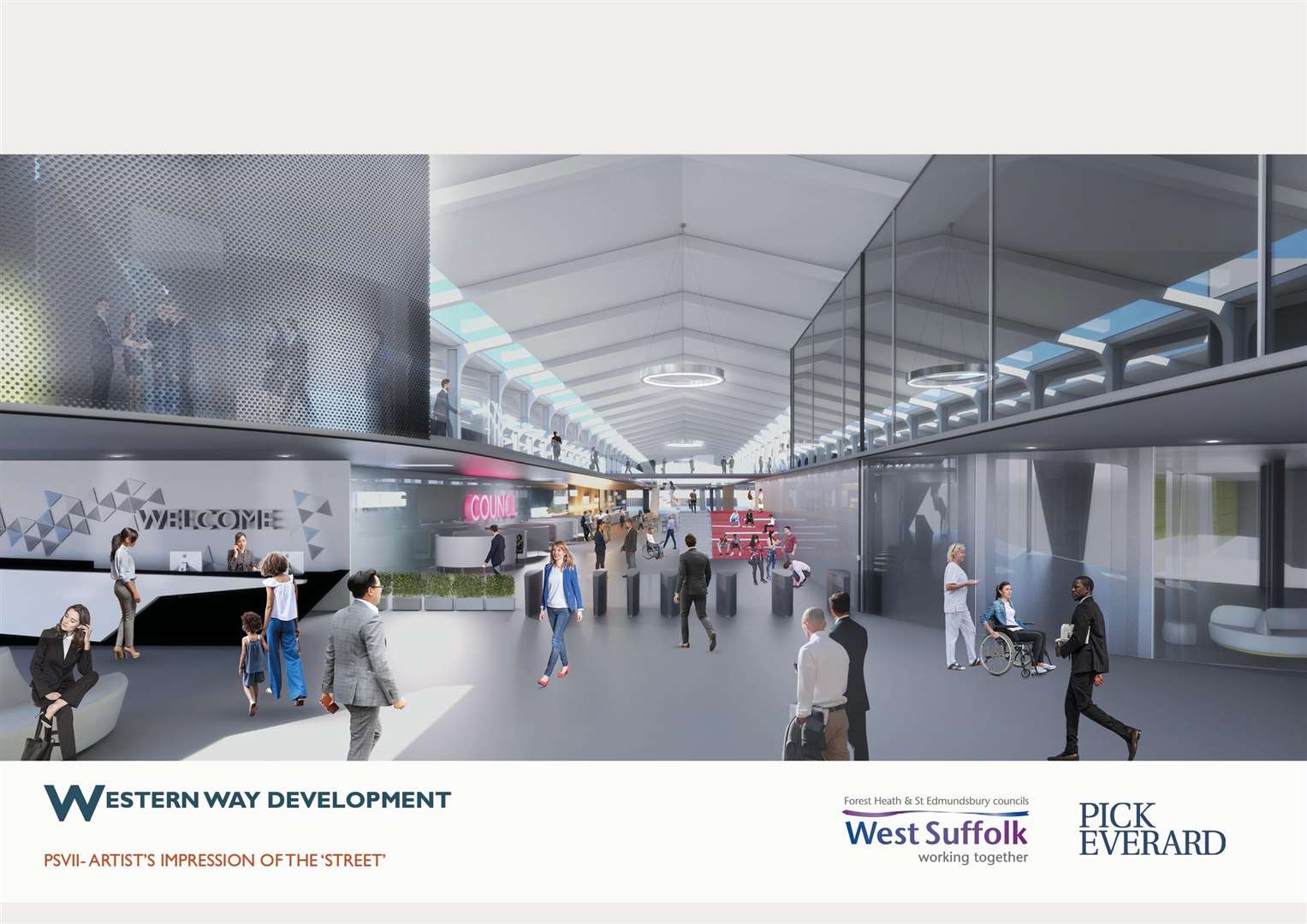 Cllr John Griffiths, leader of the borough council, said: "This would be nationally ground breaking and bring public and private partners together.

"Evidence shows where you put education, health, leisure and other public services together they achieve more than the sum of their parts.

"It is much more than bricks and mortar and where people sit.

"It is how we work together and make it much easier for people to access services.

"Partners have already indicated their willingness to be part of these plans and help progress them, with health colleagues in particular already indicating they would like to move.

"We already work closely with partners in West Suffolk House, sharing offices and expertise, and this is the logical next step.

"It is obvious that doing nothing is not an option and we have the opportunity to not only transform local services but invest in new and improved leisure facilities for the community.

"This is just the start of the process and if the council agrees more detailed work will need to be done before any final plans are agreed."

The new leisure centre would cost about £25 million and is seen as less costly than maintaining the current 43-year-old centre, which needs about £13 million in improvements and would need to be rebuilt in the coming decades due to its age.

It would be more than 20 per cent larger than the current centre with a same sized learner and splash pool, an eight lane 25m swimming pool compared to the existing six lane 25m pool, a larger sports hall and gym, larger changing rooms and extra specialist activity spaces.

The council aims to open the new centre in 2023 along with the first phase of the development and the current leisure centre would remain open until that time.

The athletics track and nearby skate park will stay in their current locations.

Evidence shows where you put education, health, leisure and other public services together they achieve more than the sum of their parts - John Griffiths

A report to councillors says the proposals should only go ahead if the final business case shows there is a 'workable highways plan, the finances stack up and the project at least breaks even for the council as developer'.

The authority will look at external funding and other sources of finance.

Work on exploring the business case has involved all parts of the NHS, the police, Abbeycroft Leisure, West Suffolk College, Citizens Advice and other partners.

Which partners will be part of the first phase of development will be clarified before the final business case in 2019.

The public service building would include an internal 'street' and a large, shared reception area which would link offices, an advice centre, meeting spaces, leisure centre, health centre and cafe.

A link would be built to West Suffolk House.

A masterplan for the site initially envisaged a multi-storey car park being built but the council now aims to meet provision through surface car parking, which would be 'more cost efficient'.

The warehouse, which the council bought last year, is leased to DHL Supply Chain Ltd to run NHS Logistic operations for East Anglia. The lease expires in 2022 and has a break clause in 2020.

The report to councillors notes that the authority 'is in dialogue with the NHS and DHL about relocation' with the council 'keen to retain these jobs in the locality'.

If NHS Logistics need to remain in the warehouse until the end of the lease, the council's depot would be developed first in a phased conversion.

The report adds: "Whilst this is not the most efficient phasing of the development, it offers a way forward if the NHS logistics operation needs longer to relocate."

Last week, the Bury Free Press revealed that an unnamed GP surgery could move from the town centre to the Western Way Development.

Norfolk and Suffolk NHS Foundation Trust is considering moving mental health and wellbeing services from two sites in Hospital Road to the development in 2023.