A village primary school organised a sponsored ‘dinosaur stomp’ to raise funds for a new playground.

Children and staff from Barningham Primary School in Church Road put what they had learnt in the classroom about dinosaurs to the test as they stomped around the school grounds.

Jenna Duncan, early years teacher at the school, said: “The last few weeks a couple of our bikes outside have broken. We wanted to raise money to replace them. We’re currently doing a topic on dinosaurs. In art, the children have made their own hats to wear and made rock cakes for their parents.”

Parents visited the school to watch the ‘dino-stomp’ and support the children.

Children stomped around the playground fives times to try and raise the money.

“Afterwards the children all went back to the hall and served parents with volcanic squash,” Mrs Duncan said. “The parents came back to the classroom to do some dinosaur activities.”

“The children love playing with them,” Mrs Duncan said. “We had three but this term all three have broken.”

So far the school has raised £235. At the moment, the money raised will be able to buy three bikes and other playground equipment.

“We want to develop our outside area,” Mrs Duncan said. “We have our own outside area. Children from other classes will also benefit from the any leftover money.” 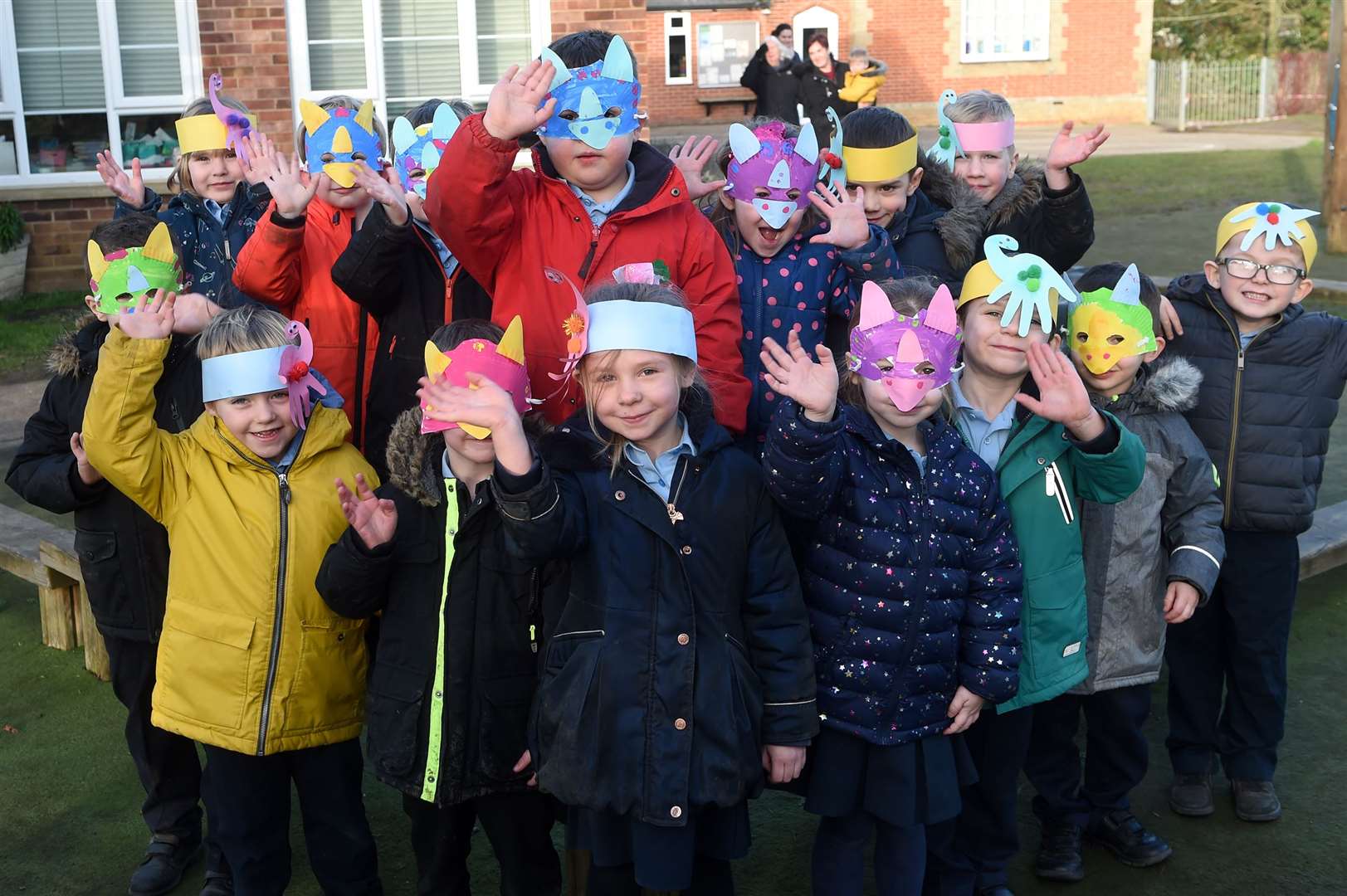