Potential Banksy artwork has been spotted in Lowestoft

Street art has appeared in Lowestoft which may be the work of elusive artist Banksy.

The artwork, in Nicholas Everitt Park, shows three children standing in a boat which appears to have been fashioned out of a piece of scrap metal.

The possible Banksy features one child looking ahead as though out to sea, another child behind looking over their shoulder, and a third child at the back of the boat appearing to be leaning over the side holding a bucket. 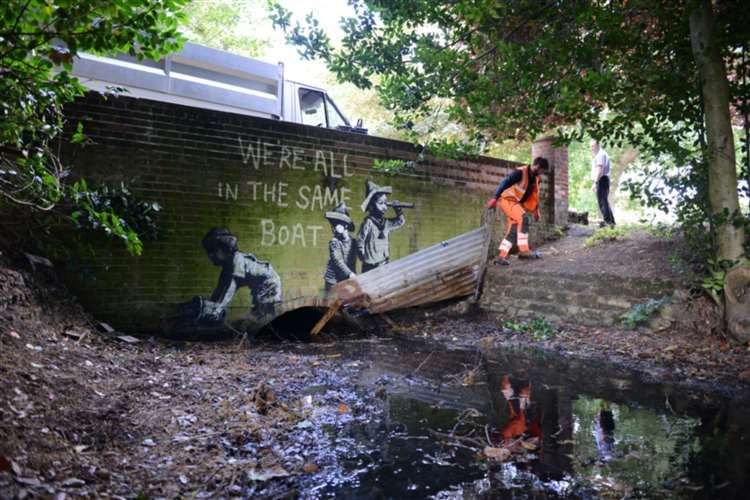 Writing above the artwork says: “We’re all in the same boat.”

The metal part of the artwork has since been removed, and pictures show a man in fluorescent overalls appearing to drag it way.

Meanwhile, another artwork has been spotted on a wall outside the former Lowestoft Electrical shop on London Road North, which appears to show a child next to a sand castle.

A slab next to the sand castle seems to have been raised from the pavement and is sitting out of place next to where it appears it should be. 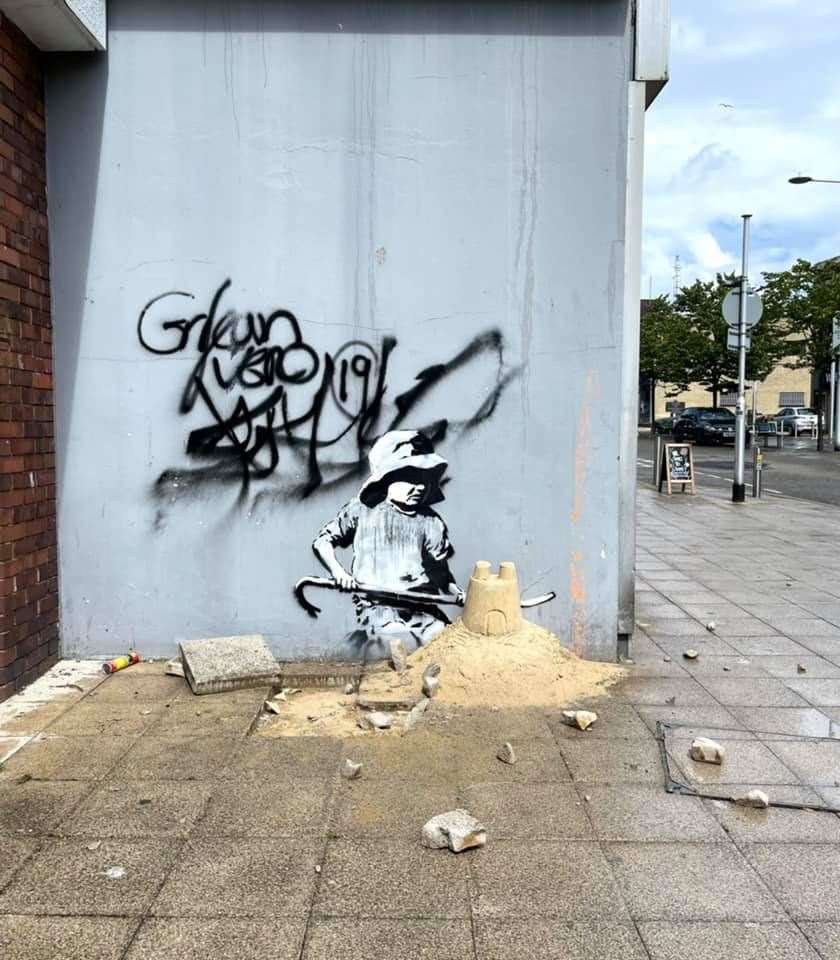 Banksy fans will be keeping an eye on his Instagram account to see if he confirms these two pieces of art are indeed his work.

Some have speculated that the artwork may be connected to the City of Culture 2025 bid by East Suffolk Council but this has since been denied.

This isn't the first connection of the famous street artist with Suffolk.

Moyse’s Hall Museum in Bury St Edmunds is currently playing host to a unique collection of modern art created by some of the world’s best-known artists.

This includes some of Banksy's famous pieces of work along with display's from artists including Tracy Emin and Damien Hirst, among others.