A community has rallied to rescue Norton’s Remembrance Sunday plans, after the village war memorial was damaged by a police car on Friday.

The car, which had been on its way to an incident with blue lights flashing, ended up perched on the Ixworth Road memorial following a collision with a Mini Clubman at 1.10pm.

The memorial, which was dedicated in November 1920, has been pushed out of place, while bollards were moved and paving dislodged.

Concerns over safety and that repairs would not be completed in time have forced Norton Parish Council to rethink the traditional Remembrance Sunday wreath-laying ceremony.

Andy Burt, chairman, said: “At the moment the memorial is looking pretty horrendous.

“What we would normally do on Remembrance Sunday is have children from the village lay wreaths behind the fence. It is a beautiful ceremony, but now we’re not sure how safe it is."

On Monday, West Suffolk College agreed to make wooden crosses for each of the fallen named on the memorial to enable youngsters to lay crosses in a safe area instead.

“Now we don’t have to worry about whether the memorial has been repaired or not for our Remembrance Sunday ceremony to go ahead," said Mr Burt.

“It will be a fitting tribute to those who lost their lives and should be really touching.

"After what happened, it is a community coming together. "

Brian Tunbridge, West Suffolk College carpentry and joinery course director, said he had no hesitation in helping: “Our Level 2 full-time students in carpentry and joinery will be producing 35 wooden crosses next week. We were delighted to help the parish council and we must also thank AJ Joinery who have donated all the timber.”

Mr Burt estimated the repair work, while covered by insurance, could cost in the region of £10,000, after the parish spent £2,000 on minor repairs last year.

He added: “What has happened is unfortunate, but the most important thing is no one was seriously hurt.”

The driver of the Mini is believed to have sustained a wrist injury, while the police officers sustained minor bruising. Minor damage was caused to a stationary Audi A6. A Suffolk Police investigation is under way. 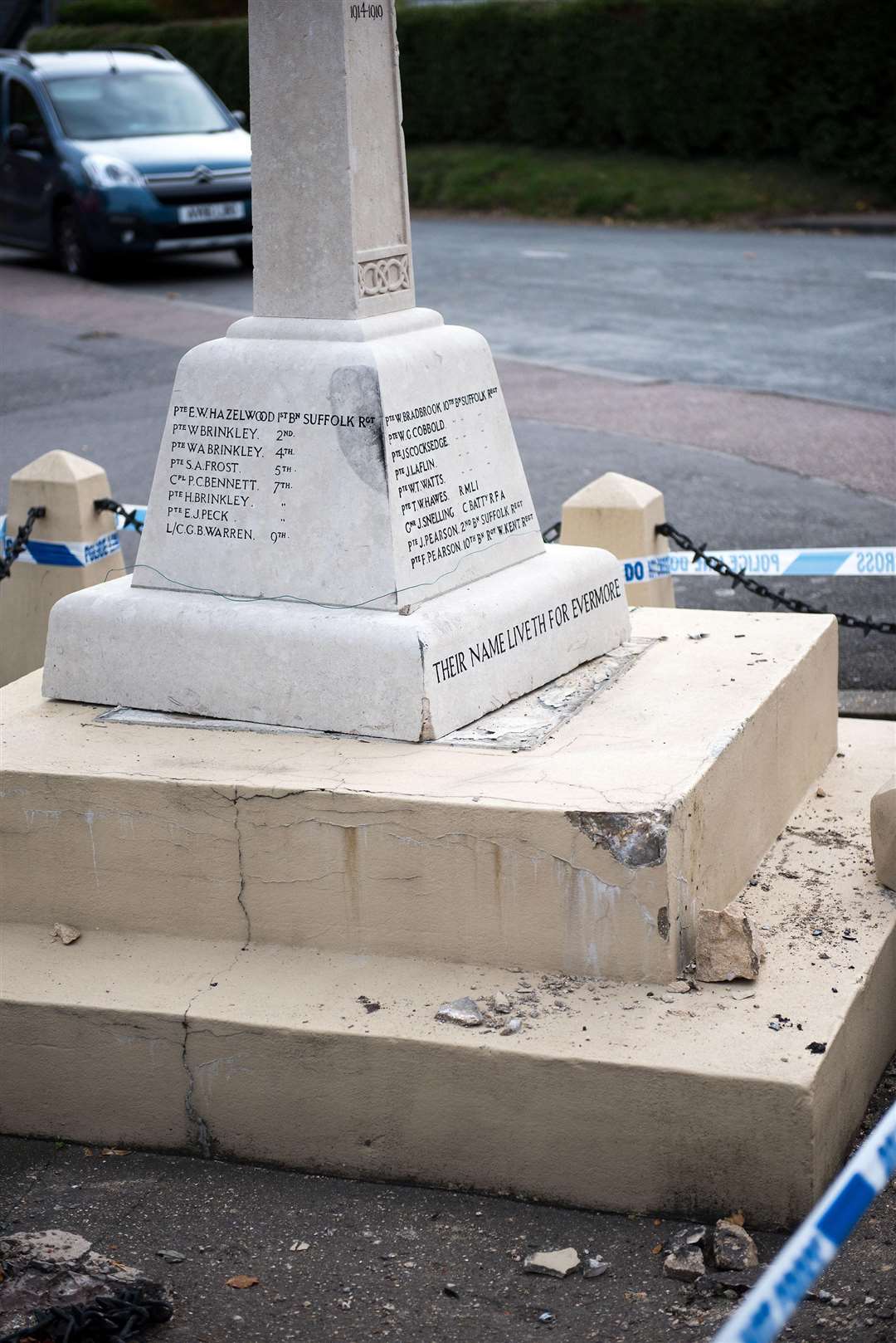 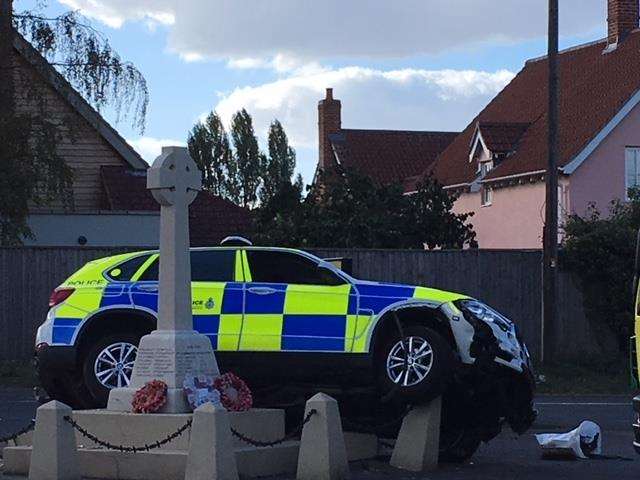 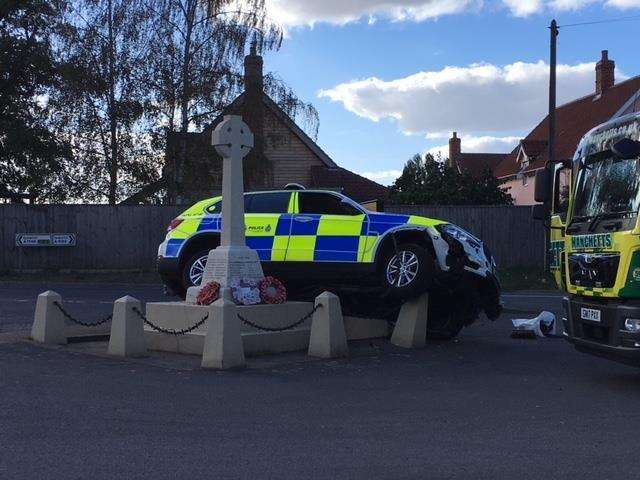 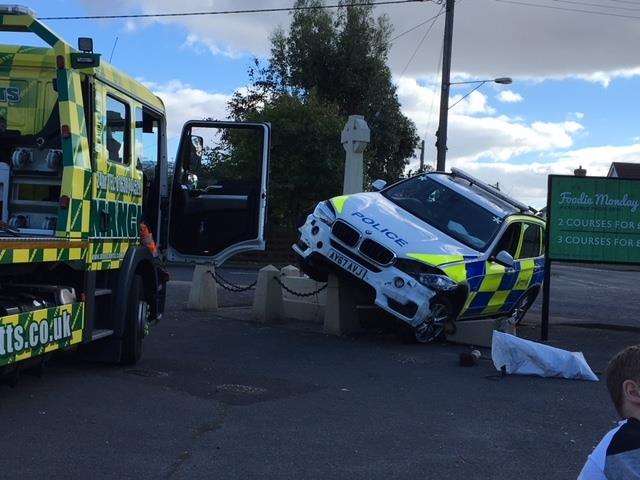 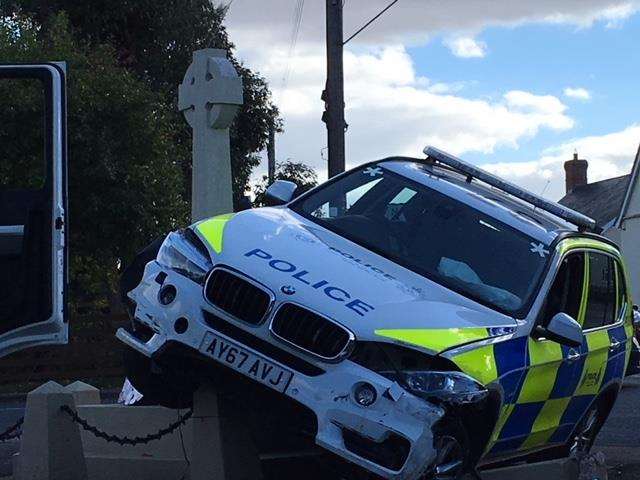 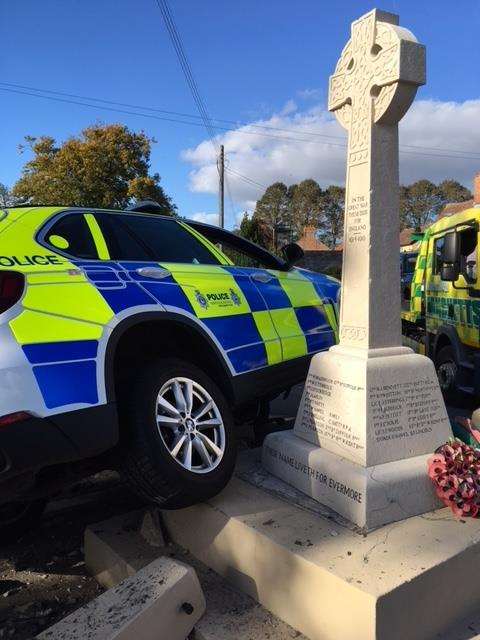 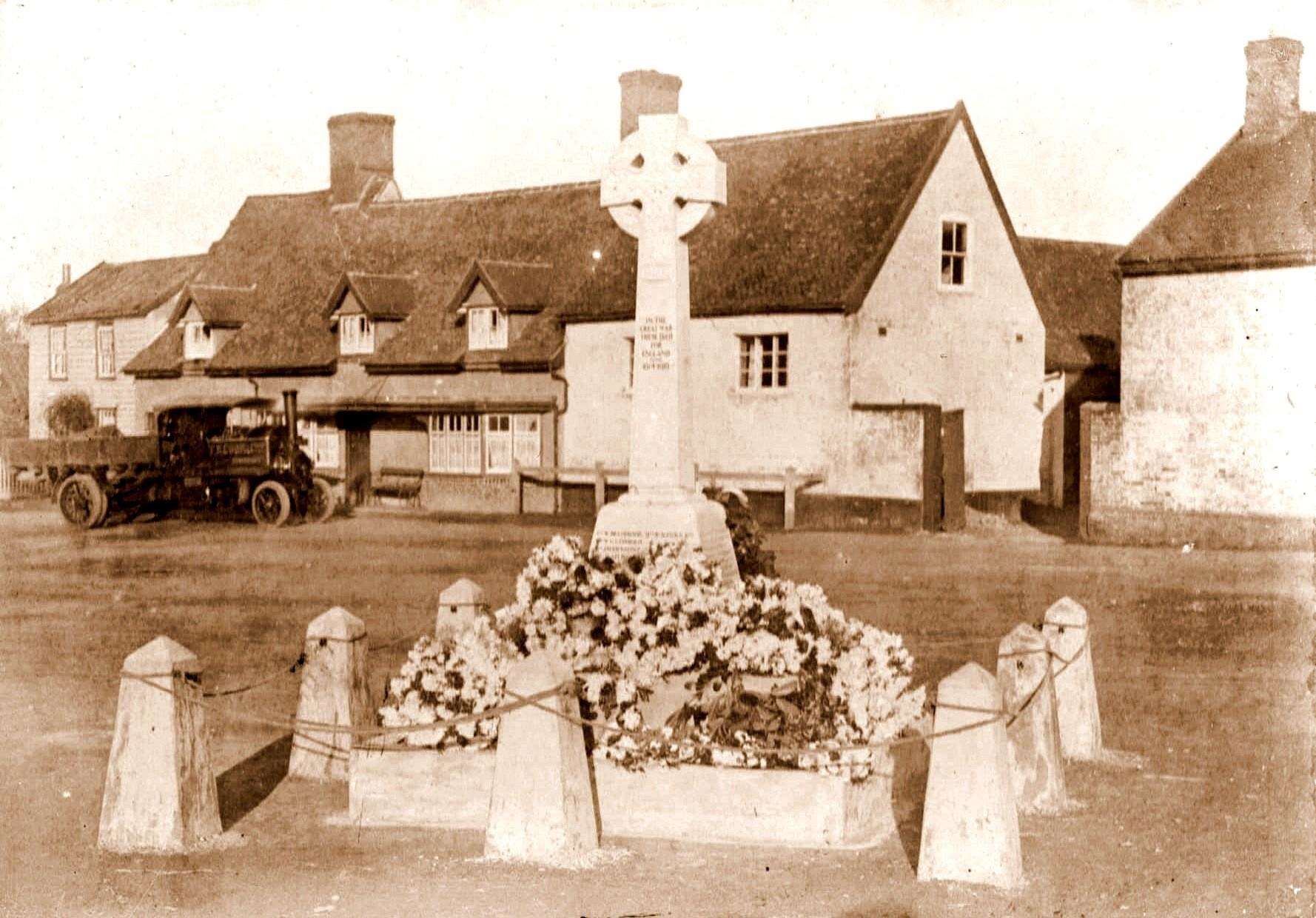