A ‘superhero’ police dog has beaten cancer after a lifetime fighting crime in two counties.

It left his new owners, Carly and George Laflin, from Stowmarket, heartbroken as they had only adopted him 18 months ago, after he retired from the force.

But thanks to the help of a charity set up to help police dogs, Pablo, who also has sight in only one eye, and was born with only one kidney, has now been given the all clear - after having his tumour removed.

“When the vet told us he had cancer we were absolutely devastated,” said Carly, 31, who is a detective constable based in Bury St Edmunds.

“We were told the operation would cost around £4,000 and tried to think of everything to raise the money, from what we have saved, to using credit cards and making sacrifices. We didn't want to lose him.

Pablo worked as a police recovery dog sniffing out drugs, cash and weapons, for seven years.

He joined the police after first being an army officer's pet, and who had to find home for him after being told he was being stationed abroad.

Pablo began police dog training service in Norfolk before being transferred to Suffolk, which is where Carly, first met him.

It's estimated he found drugs amounting to £1/4 million during his career.

“His handler, Lofty, would bring him to the canteen in Bury and I joked that when Pablo retired, we’d have him,” said Carly. 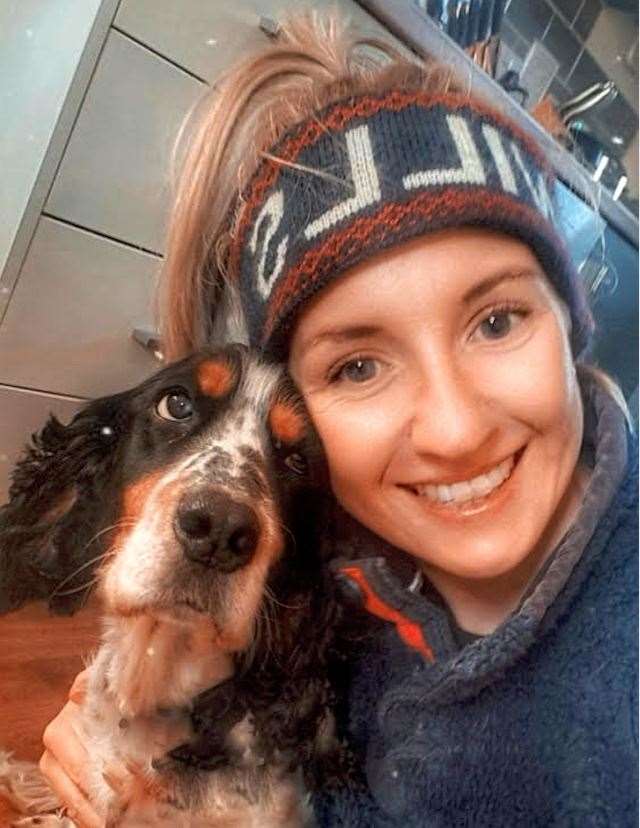 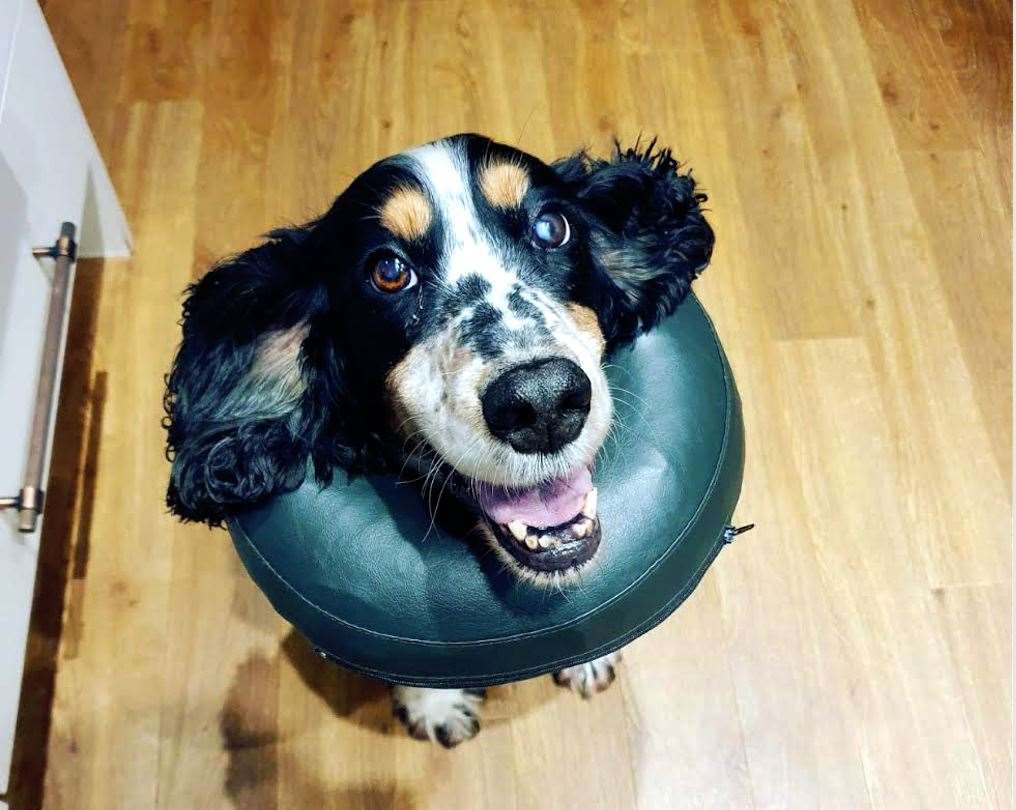 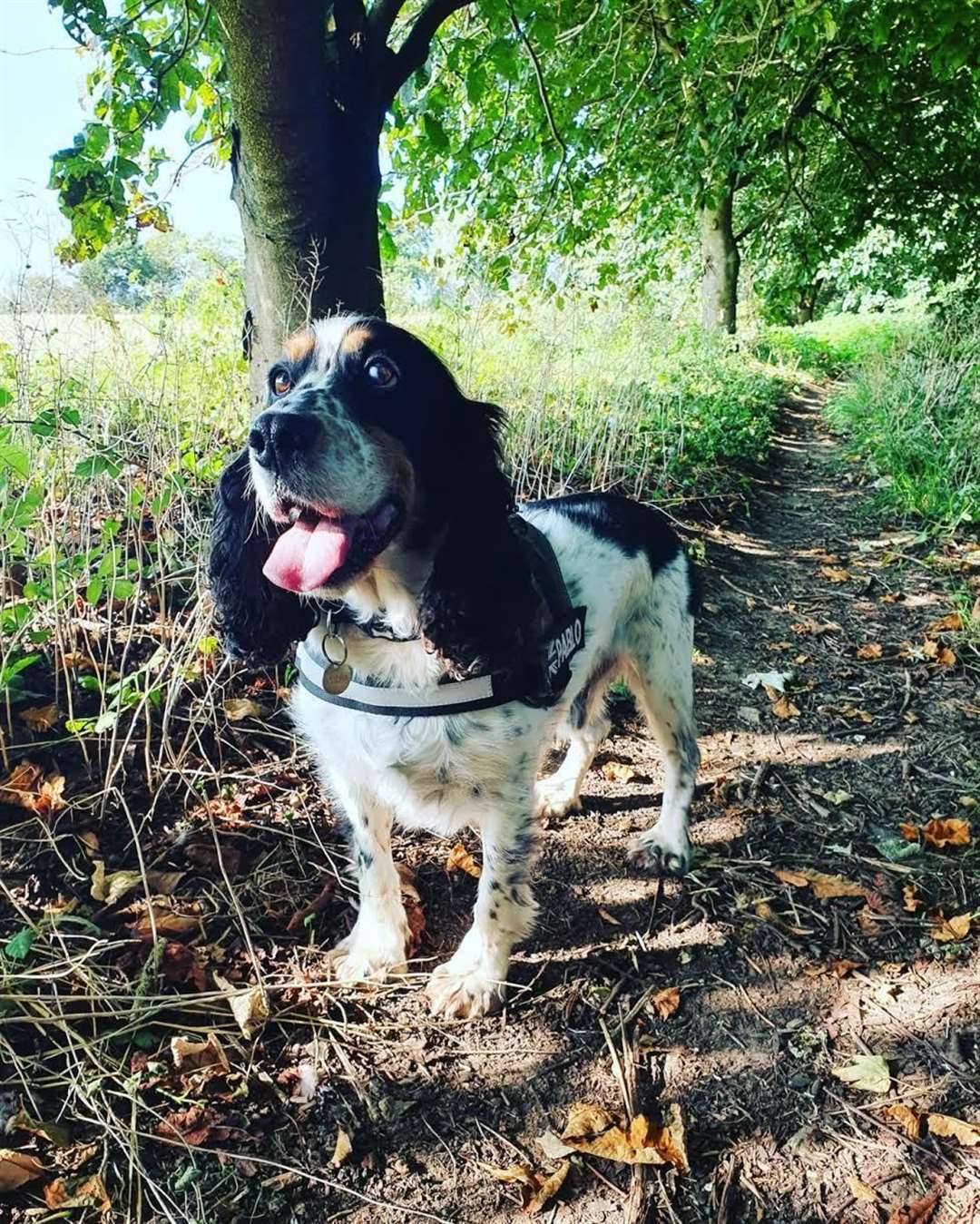 He’s a real character, really sociable, loves his food - a couple of times stealing his handler's MacDonald's - and was also a great recovery dog, despite his one eye, which he lost during an accident chasing a tennis ball with an alsation.

We had only got married a few months before we adopted him and he was a wonderful addition the family.

Pablo’s life was saved after the couple contacted a new charity called The Thin Blue Paw, set up especially for serving and retired police dogs.

Few police dog are eligible for insurance because of the nature of their work.

“Four days after his tumour was removed, it was as if he was back to normal.

"He is still resting and can't go outside yet but he is back his cheerful self.

"After everything he had been through, we think he must be indestructible.

"He's a superhero - and a total soldier.”

To find out more about the Thin Blue Paw Foundation, click here

To visit Pablo's Instagram page, where you can see him at home, at play, at work, and asleep, click here

* This story couldn't help but remind us of Ernie.

We are still very proud to have helped him find a home.