An American airbase in Suffolk has performed an aerial tribute to mark the anniversary of the death of an airman whose plane crashed into the North Sea last year.

The 48th Fighter Wing at RAF Lakenheath flew a Missing Man Formation over the base this morning to commemorate 1st Lt. Kenneth 'Kage' Allen.

The 27-year-old died on June 15 last year when his F-15C Eagle crashed into the North Sea off the Yorkshire coast while on a training mission.

Following a moment of silence observed by the Liberty Wing at about 9am, the 493rd Fighter Squadron flew over Heritage Park on base.

As the F-15C four-ship approached the park, a formation member pitched up out of the formation, creating a space where an aircraft should be.

Commander Lt. Col. Todd Pearson, of the 493rd Fighter Squadron, said: "The Missing Man Formation more than symbolises the absence of Lt. Allen and countless other aviators lost in the service of our country.

"It serves to remind us of the cost of freedom, and the ultimate sacrifice made by so many service members in the defence of our great nation.

"Kage was a great aviator and airman, and he is sorely missed around the squadron."

On the cause of the crash, the US Air Force’s Accident Investigation Board said clouds had caused ‘reduced visibility’ which resulted in ‘spacial disorientation’.

The investigation found Lt Allen tried to recover the aircraft, but was unable to due to the low altitude and the speed of his descent. 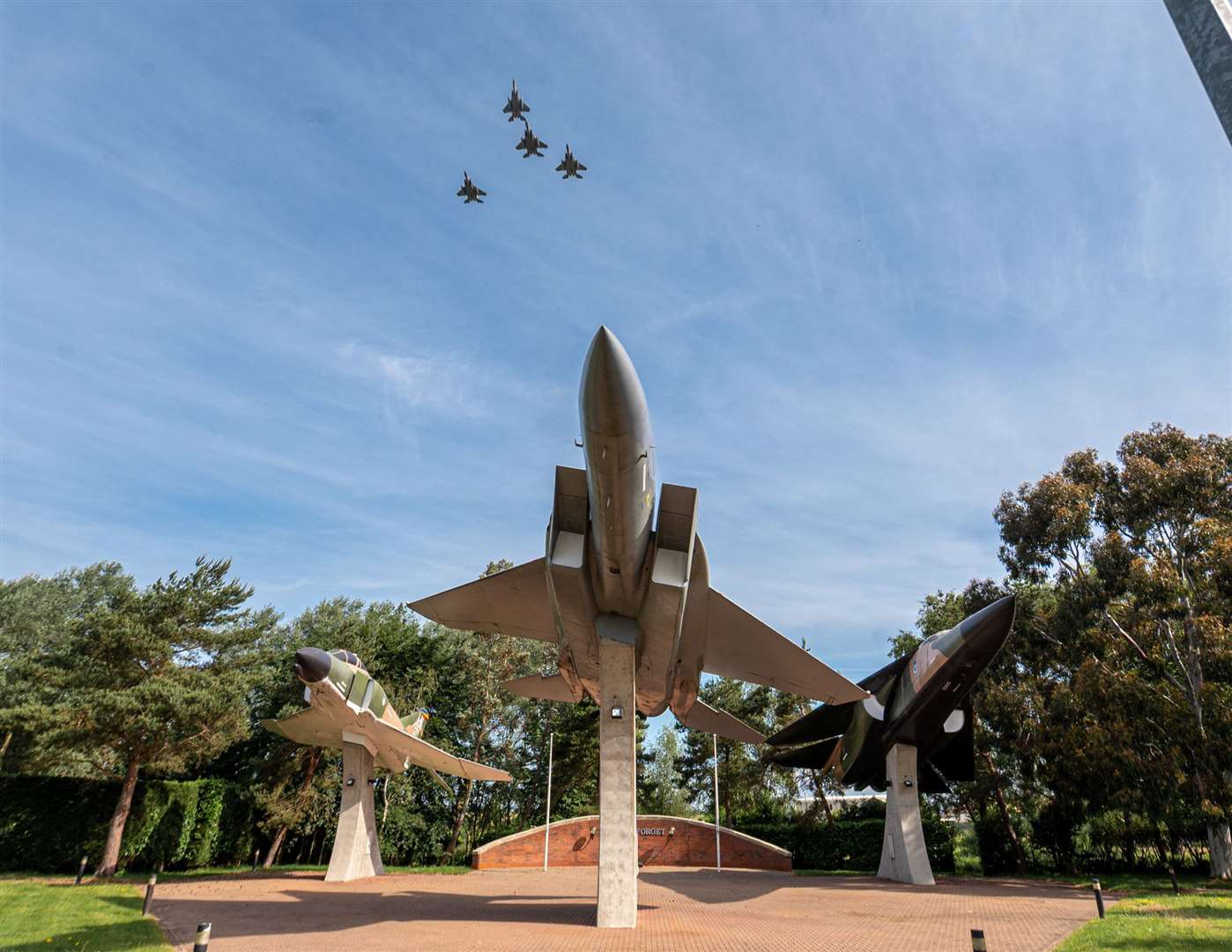 Lt Allen was described by his wife Hannah, who he married in February, as her 'absolute best friend'.

Read more: All the latest news from Mildenhall