Veterans gathered in Bury St Edmunds to hold a small ceremony in tribute to Prince Philip this afternoon.

They joined the nation in a minute's silence at 3pm to mark the start of the Duke's funeral and laid a wreath while a piper played a lament The Dark Island.

Jake Laidlaw, 81, of Fornham St Martin, said he met the Duke about five or six times during his 27-year career in the Royal Marines.

"His charity work was absolutely phenomenal," he said.

"He was amazing. He didn't suffer fools - if he asked you a question and you didn't give him the right answer, he would look you in the eye so you had to do your homework."

He said their 'biggest regret' was that other members of the Royal Marines Association were unable to join them due to coronavirus restrictions.

"We would all have been here on parade - all of us," Mr Laidlaw said.

The piper was Stuart Jones, of Bury St Edmunds, whose father Michael was in the Royal Marines and was a mayor of St Edmundsbury. 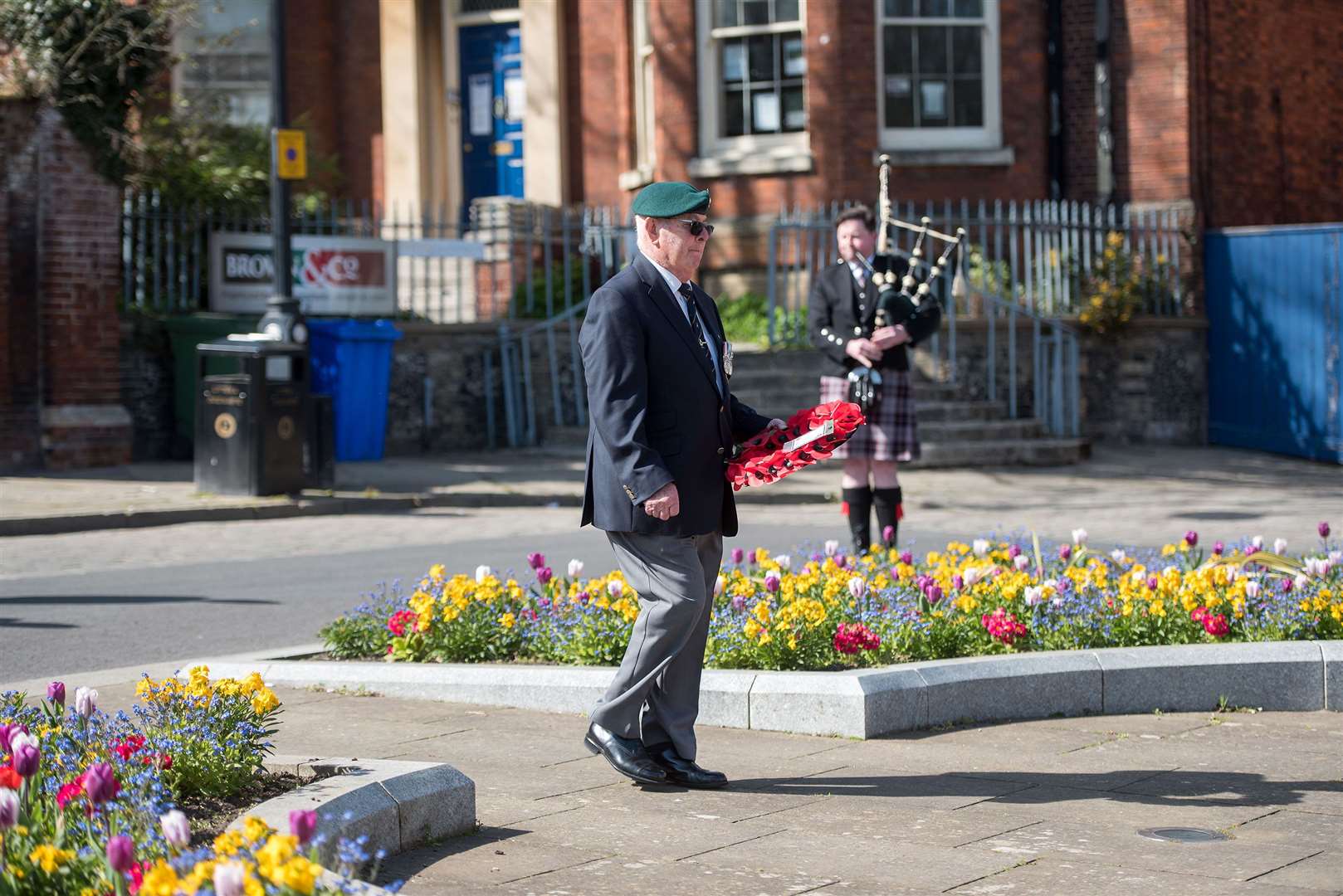 Mr Millard, who is chairman of the Bury St Edmunds branch of the Royal British Legion, read The Royal Marines Prayer.

He said the Duke was a 'great man who will always be remembered and never forgotten'.