Next month marks 100 years of The Victory Sports Ground. RUSSELL CLAYDON charts its history with the help of some key figures

Some of the biggest names in our country’s cricketing history; the likes of Sir Ian Botham, Mike Gatting, Graham Gooch and Sir Alistair Cook, have graced The Victory Sports Ground, while it also once staged an England hockey match.

The Bury St Edmunds venue, accessed from Nowton Road, has certainly created some great memories from some big sporting occasions during its 100-year reign.

One such example was Suffolk hosting Essex in the 1993 NatWest Trophy which drew in a bumper 3,000-strong crowd in a 121-run win for the visitors, inspired by Saleem Malik’s 4-25 from his 6.2 overs.

Or there is the story about ‘Beefy’ Botham himself supposedly clambering out of a back window to escape a further deluge of autograph hunters after playing for Worcestershire.

And there will be those who could say they saw Jack Simmons’ still standing record of six wickets for nine runs with Lancashire or the special run of Middlesex benefit matches in the 1970s and 80s.

But arguably more importantly, it has given a platform for an unmeasurable amount of local people to tap into the enjoyment and fulfilment of playing the sports they love.

And ‘the Vic’, as it is known, is far more than just a cricket ground with the current clubs using the facilities also providing croquet, football, female fitness, tennis and tchoukball for all abilities.

It is the joy he gained playing and now seeing others across the community get that has driven Bobby Flack to spend the last 22 years as a volunteer groundsman.

Now working under his full-time son Mark, he said: “It is very labour intensive but it is worth it.

“When I go out on a Saturday and cannot see a bit of grass someone is not playing on, that is what it is all about.”

It was 100 years ago next month that Edward Lake, then the managing director of Greene King, saw his vision of a top-class sports ground for the brewery’s workforce came into play.

He had managed to convince his employers to purchase 26 acres of land and open a sports ground to commemorate the return of most of their workers from the Great War (21 were killed). It included his six sons whom he had feared not seeing again, but remarkably all returned.

The pavilion was built at the same time and survived until the redevelopment in 2013.

It soon became one of the best sports grounds in East Anglia with three cricket, football and grass hockey pitches and 10 tennis courts and bowls pitches.

It was used primarily by the brewery workforce but also by schools in Bury and it became the ground of the Bury & West Suffolk Cricket Club, with several of the side coming from Greene King. The area’s hockey club, then under the guise of the YMCA, were also key early tenants.

Herbert Hargreaves, who had played for Yorkshire with some of the greats including Sir Len Hutton, took over the upkeep of the site as head groundsman from 1948.

In 1975 the ground was purchased by St Edmundsbury Borough Council who operated it as a community facility.

But the burden of the annual running costs of approximately £150,000, including two full-time grounds staff, became too much, leading to a deterioration of the pitches and the loss of Suffolk matches.

In 1995 a group of individuals led by Laurie Lockey, which included Bobby Flack, established The Victory Sports Ground Company Ltd and took on a lease of the site to successfully rejuvenate it.

A partnership between Bury St Edmunds Cricket Club, neighbouring South Lee School and Sporting 87 Football Club raised funds to complete a £2.25million upgrade to the site in 2013 with the addition of an indoor sports hall and community pavilion.

The future of the site as a top-class sports ground for the community was also safeguarded on January 1, 2013 by the partnership buying the site from the council via The Victory Sports Community Interest Company.

Paul Whittaker, chairman of the Bury St Edmunds CC who is a director of the company, said: “I think if we had not done that then the future would not look anywhere as bright, as the ground is owned by us.

“It could have been developed for housing at some point in the future but now we have the knowledge that it is going to be a sports ground forever and the town should be very proud of having that facility.”

He added: “It is so desperately sad the ground looks so fantastic at the moment and there is no cricket being played on it but there is nothing we can do.

“The ground staff have always done such a good job with it and it is one of the best cricket grounds in East Anglia.”

Justin Bishop, who played 25 first-class matches for Essex as well as captaining Suffolk and Bury St Edmunds before retiring in 2015 ahead of a brief return in 2017, said: “I grew up at the Vic because my dad played there and I actually took my first steps there.

“In terms of a playing surface it is brilliant and it has been consistently good, especially for the last 10 years.

“It is a pitch that always has a bit for both the bowling and the batting. And the outfield at Bury has always been like a carpet making it a good place to learn skills as you can trust the bounce.”

He said there were plenty of great memories including watching a star-studded Essex side led by Graham Gooch take on Suffolk in 1993 to feeling invincible with Bury during their 2005 and 2006 East Anglian Premier League championship winning campaigns.

Sporting 87 football club used to have sides playing on a multitude of locations across the town but found a home to grow from at The Victory Ground in 2011.

The club was a major financial backer in the 2013 redevelopment of the site. And they now have 46 teams and 700 members across the whole spectrum of age groups.

Director of football and first-team manager Jonathan Warnock said: “The Victory Ground is a special facility and it has been instrumental in our success as a club. Without that facility we would not have expanded as we have.” 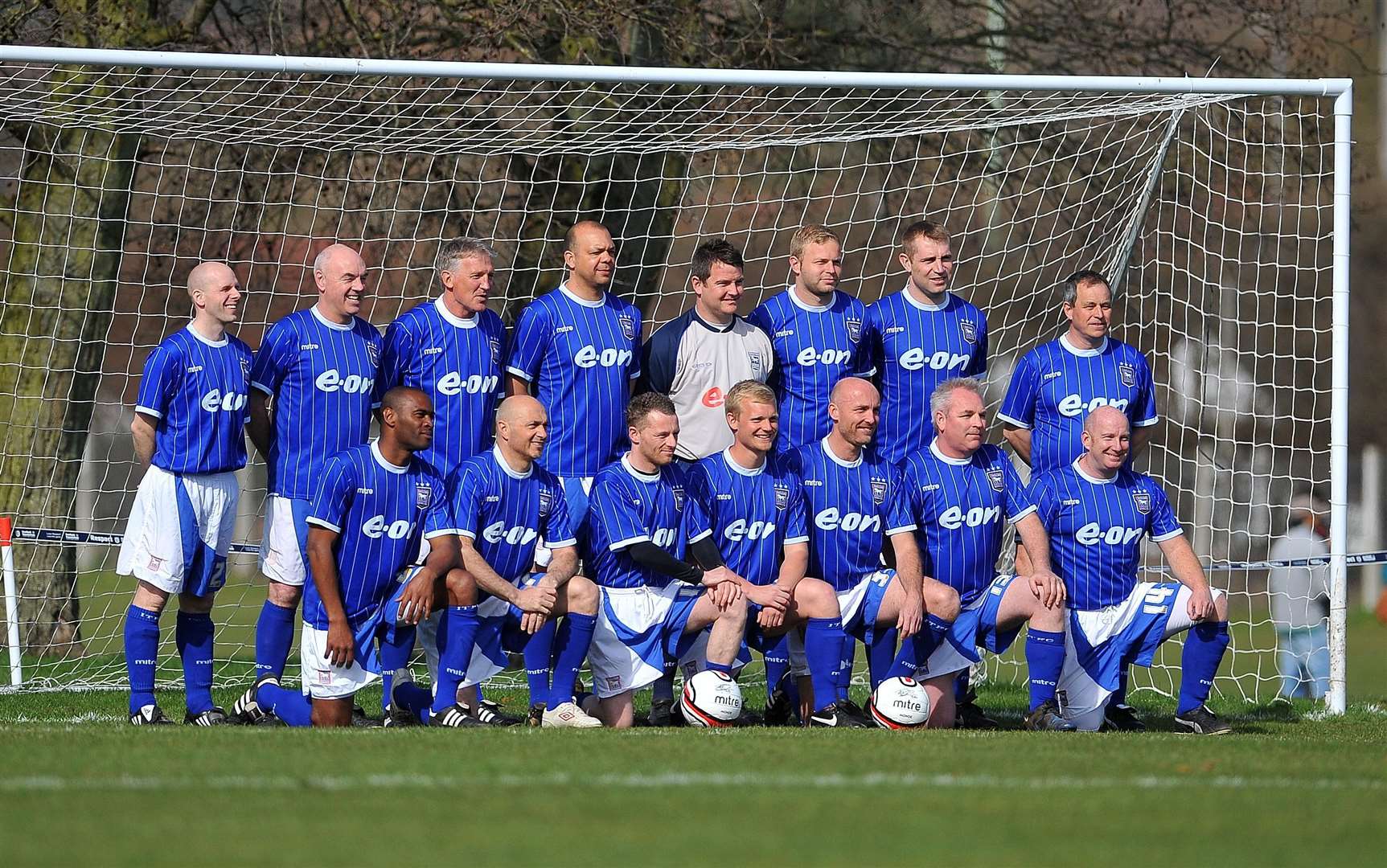 It is hoped the PCA England Masters team, made up of former internationals, will still be able to visit for the scheduled centenary celebration match on Friday, August 21.

As well as marking 100 years of cricket at the Vic, the match will act as a fundraiser for new outside practice facilities estimated to cost £60,000.

One hundred years later, it is great to see The Victory Sports Ground is still having new life breathed into it.