Lakenheath capped a memorable week in the club's history by reaching the final of the CNet Training Suffolk Senior Cup this afternoon at the expense of Framlingham Town.

It was on Tuesday that they learned of their promotion to Step 5 for the first time ever as part of the Football Association's non-league restructure. It's the continuation of an impressive rise in recent years, with Lakenheath having been a Kershaw Premier Division outfit as recently as 2017/18.

And Ben Cowling's men followed up that positive news by delivering on the pitch, coming out on top 4-1 at the MEL Group Stadium – home of AFC Sudbury – to seal themselves a shot at silverware at Haverhill Rovers' New Croft facility on Monday, May 31.

Dead-ball situations proved to be particularly dangerous during the first half, with Lakenheath in causing a number of problems at corners.

Skipper Sam Hawley could in fact have had a hat-trick inside the opening 23 minutes with one headed effort cleared off the line by Kit McCausland, another crashed against the crossbar while a third attempt at the back post drifted off target.

The closest Framlingham came to getting their noses in front during the opening exchanges also came from a corner when Cyrus Thorpe's downward header forced Charlie Beckwith into some smart work. 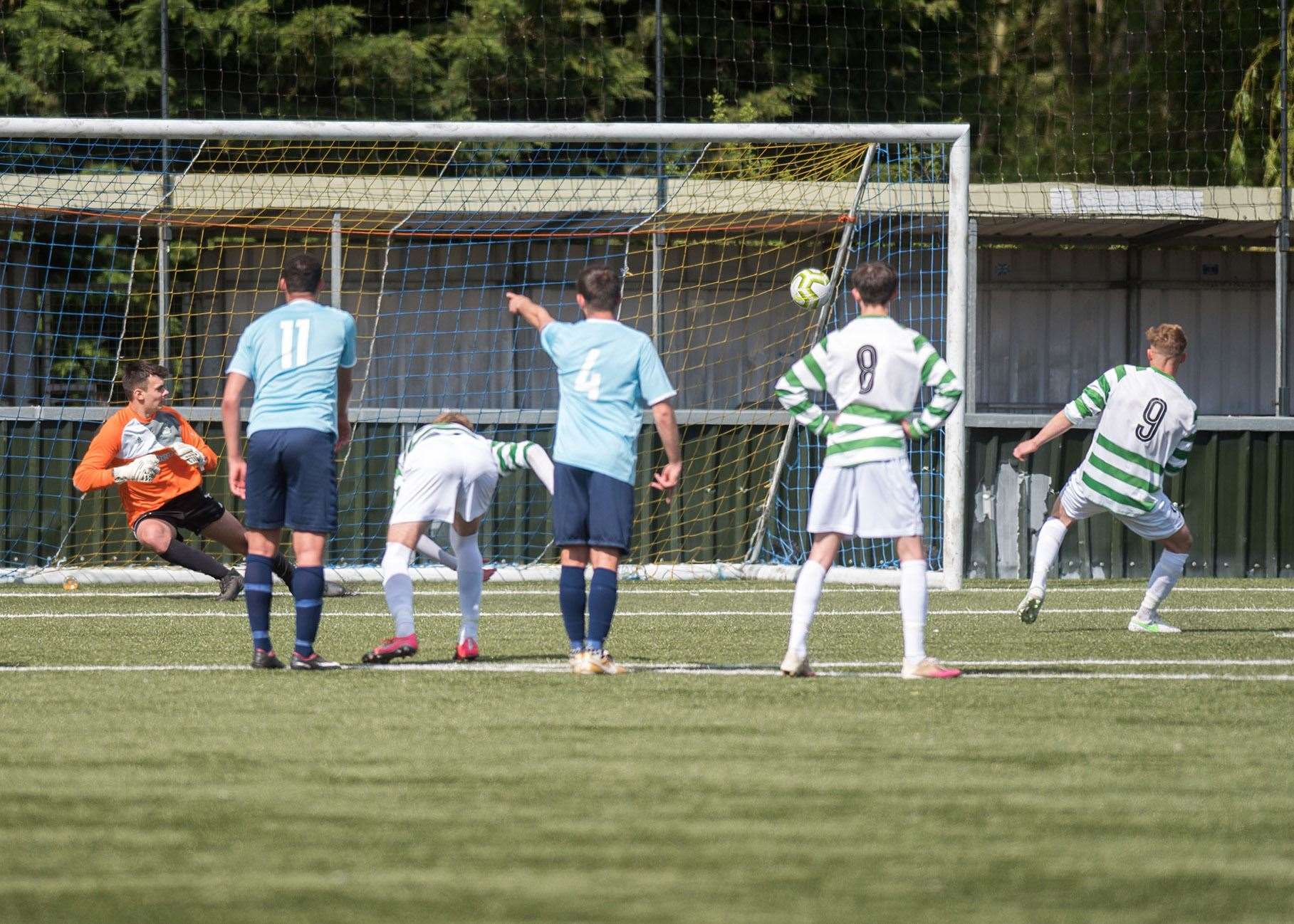 The deadlock was eventually broken by Lakenheath in the 39th minute and in keeping with the rest of the half, it came via a set piece. Shaun Avis, who fired in a free kick during the come-from-behind quarter-final win over Beccles Town, again did the business, albeit with the aid of a deflection that beat Edyn Cummings in the Framlingham goal.

The deficit seemed to spring Framlingham into life and they ended up only being behind for six minutes. Lakenheath defender Casey Underwood misjudged the bounce of the ball and ended up handling inside the box. Danny Smith kept his cool from the penalty spot – twice – with the referee having ordered a retake for encroachment.

Yet there was to be one final twist before the break courtesy of Avis. Tom Thulborn was the architect, smartly controlling a long clearance by Beckwith before using his speed to get beyond McCausland. His cross from the left flank was also good and after Lakenheath's number nine had taken one touch to control, his second saw the ball loop up over a helpless Cummings and into the far corner.

Ryan Weaver dragged his 59th-minute shot wide as Lakenheath looked to put some more daylight between the two teams, but within 60 seconds they were given a reminder of the threat Framlingham posed. Danny Smith's low shot from the edge of the box was destined for the bottom corner before Beckwith intervened, with Underwood then being alert to deny Joe Berry from the rebound.

But then the wind was knocked out of Framlingham's sails when Lakenheath did manage to open up a two-goal cushion in the 71st minute. Avis was given space on halfway to slot a pass through for Tom Thulborn, who jinked inside Thorpe and then drilled a low shot inside Cummings' near post.

After that it was all about game management for Lakenheath – and while Danny Smith did crack the crossbar with a shot from distance – the closing stages were largely trouble free. And in fact they added some further gloss to the scoreline in stoppage time thanks to Thulborn's second of the afternoon.