There will be no trip to Wembley for Stowmarket Town this season after their record-breaking Buildbase FA Vase run was ended at the fifth round stage by league rivals Wroxham this afternoon.

The Old Gold & Blacks – unbeaten in the Thurlow Nunn League Premier Division this term – came into the tie as favourites with the bookmakers to lift the trophy at the home of English football in May.

However, second-half goals from former Norwich City frontman Grant Holt and Shaun Taylor – alongside Stowmarket centre-back Tom Bullard being red carded – combined to seal the Yachtsmen's progress through to the quarter-finals with a 2-0 win.

In truth, the first half was not one for the purists. Wroxham dominated in terms of shots at goal – although most were fired from distance - while Stowmarket struggled to carve out anything of note.

There was not even 60 seconds on the clock when the visitors were given their first scare. Goalkeeper James Bradbrook's clearance from outside of the box dropped to Charlie Clarke, who from just inside the Stowmarket half went for goal.

It was an attempt that had Bradbrook furiously back-pedalling, but his blushes were spared as the ball drifted just wide. 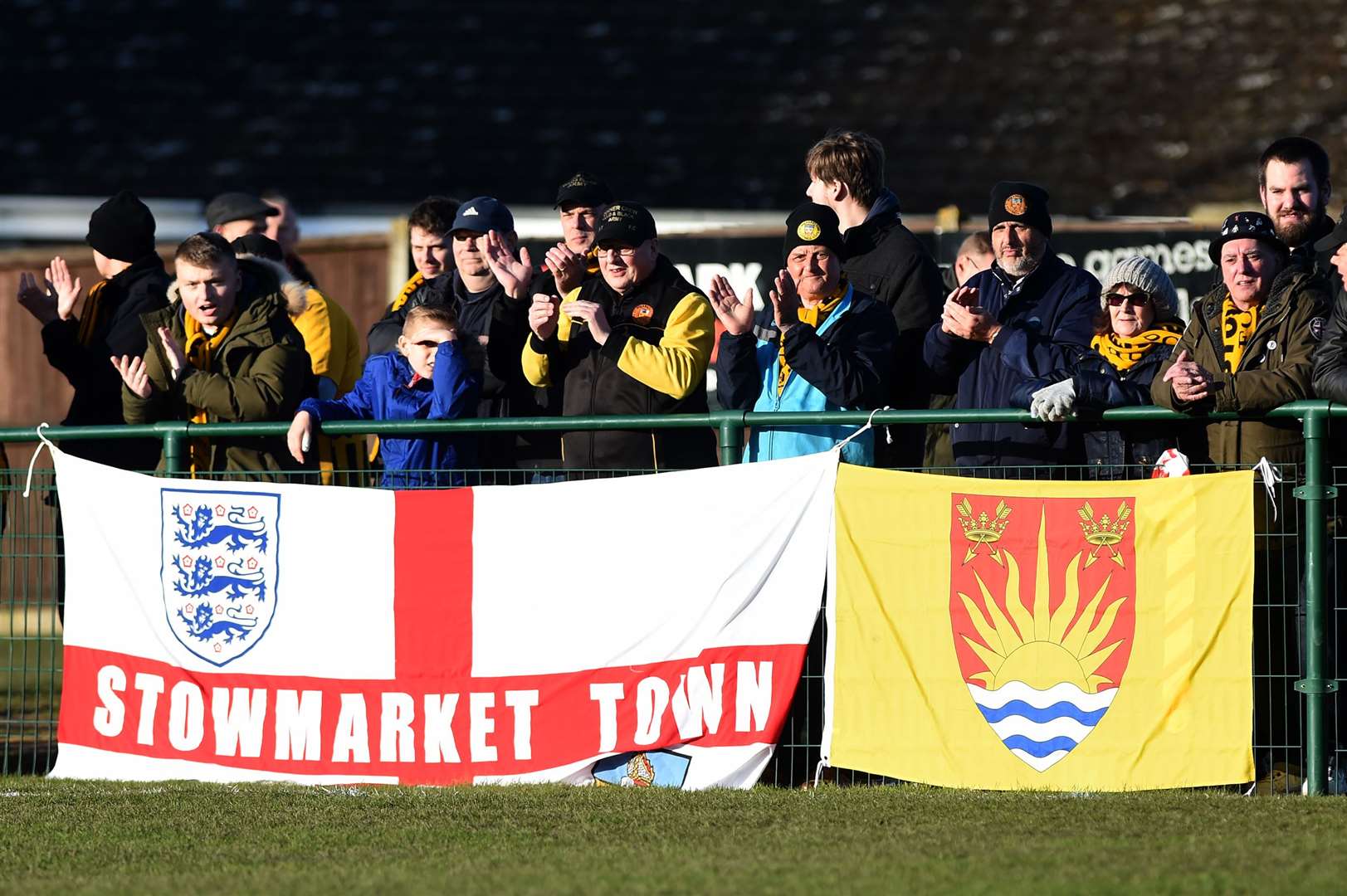 Bradbrook was next called into action in the 17th minute – this time getting down low to hold Tim Henery's effort at the second attempt.

Stowmarket's only real effort of the half came four minutes later when Christy Finch lined up a free-kick 25 yards from goal, with his curling strike flying just over the top.

Up the other end Clarke – who was a thorn in the Stow defence's side throughout the game – drew another save from Bradbrook before Harley Black's rising effort was not far from creeping into the top corner.

The half from a Stowmarket perspective was summed up with the last piece of action before the referee called time. Some neat play down the right fashioned out a chance for Robbie Sweeney, but his shot from the edge of the box was scuffed and presented Ollie Sutton in the Wroxham goal with the most routine of saves.

Whatever Stowmarket boss Rick Andrews said to his charges during the interval, it certainly had the desired effect.

First Sweeney shot just wide from the edge of the box – when passing to Seb Dunbar on the overlap may have been the better option – then Mayhew headed straight at Sutton from six yards out.

Former Ipswich Town attacker Dean Bowditch's influence on the match was also growing and it was he who had Stowmarket's next attempt in the 61st minute.

Mayhew was the creator, cutting a ball back from the byline which Bowditch controlled and then powered goalwards, only for Sutton to make a superb instinct stop.

But then, just when Stowmarket appeared to be in control, they were undone. A ball over the top sent the lively Clarke on his way and as he looked to check back on to his left foot he was upended by Bullard.

The Stowmarket centre-back was handed a second yellow card – having been cautioned for fouling the same player during the first half – and Holt made no mistake from the spot.

The ex-Canary almost wrapped up proceedings in the 79th minute with a trademark powerful header from a few yards out, but Bradbrook stuck out a leg to keep the ball out and Stowmarket survived the subsequent scramble.

If Stowmarket had been a little lucky to escape there, that was nothing compared to the good fortune Wroxham received on two occasions as the clock ticked down.

Firstly – in the 83rd minute – substitute Matt Blake latched on Bowditch's perfectly-flighted through ball, only for his shot to cannon against the upright. And then – in the first minute of stoppage time – Dominic Doherty saw his stabbed effort turned against the same post.

And to rub salt into the Stowmarket wound, in the first minute of stoppage time they were hit by a second Wroxham goal. Holt played in Taylor, who ran clear and then slotted calmly beyond Bradbrook.