Away from West Suffolk, all five constituencies covered by the Echo, plus neighbouring Bury St Edmunds, have been won by the Conservative Party, with no real surprises.

Reflecting the national picture, the Labour Party had a poor night in all six of the seats.

The party’s share of the vote when compared to 2017 dropped for all of its candidates in the six seats.

Labour took another hit in South East Cambridgeshire, where the vote share for James Bull was 11.4 per cent down on two years ago.

Perhaps the one seat out of the six where any party had felt confident of defeating the Tories was in South Cambridgeshire, where in 2017 Heidi Alllen had won 51.8 per cent (33,631 votes) ahead of Labour's Dan Greef, who polled 17,679 votes to earn a 27.2 per cent share. 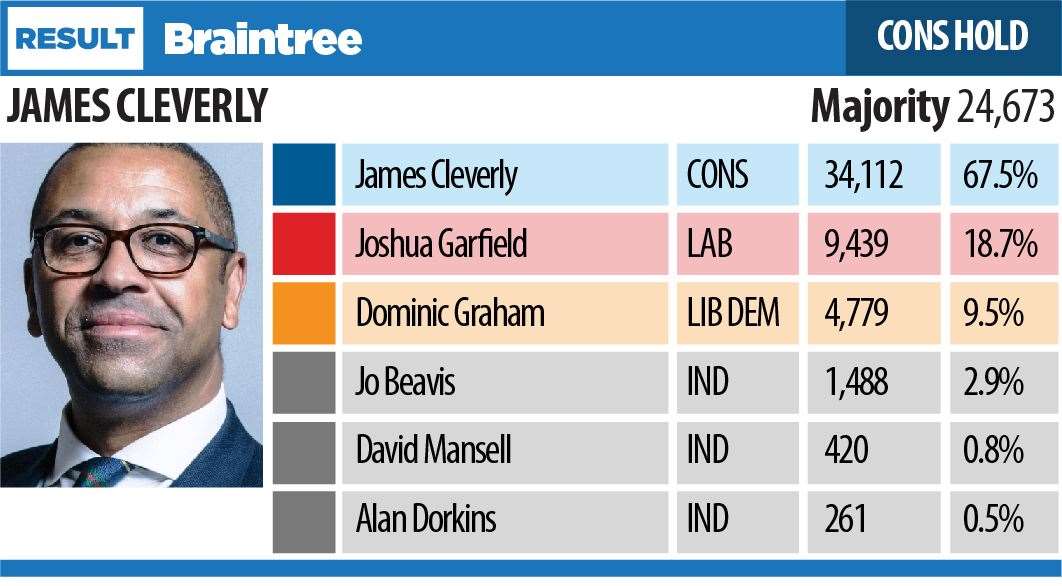 Ms Allen decided not to stand for re-election, having defected to the Liberal Democrats and her new party, in the form of Ian Sollom , did overtake Labour to claim second place in the standings.

Mr Greef dropped down to third in the rankings.

In contract to the Labour Party, the Liberal Democrats saw its share of the vote increase in the five seats that it contested - nobody stood for the party in Bury St Edmunds.

As mentioned, the Lib Dems enjoyed a 23.4 per cent hike in the share in South Cambridgeshire, as well as gaining an impressive extra 13.2 per cent of the share in South East Cambs where Lucy Frazer (Con) regained her seat but her vote share fell by 3.3 per cent.

In both Braintree and Saffron Walden the Lib Dems saw its share increase by 5.2 per cent of the vote.