Think back to the last time you lost your keys or phone. Do you remember that horrible pang of realisation, followed by panic, followed by frantically hunting high and low in the hopes that they will be found?

Now imagine what you’ve lost is actually a loved one.

For many of us, it’s an unimaginable nightmare. But for the families of six people who went missing in Suffolk, it’s their reality.

They still sit in wait of news, be it good or bad, of their loved ones who vanished into thin air many years ago.

The first dates back to 1993, when mother-of-two Amanda Duncan went missing while working in the red light district of Ipswich.

The 26 year old was last seen by several people between 11.30pm and midnight on July 2, at which point she was in the Portman Road area of the town.

Amanda, who lived in Woodbridge, was reported missing the following morning by her sister, who had gone to visit Amanda at her Balliol Close home.

On the day of her disappearance, Amanda had left her three-year-old son Jamie in the care of her parents and her nine-month-old baby Damien with her boyfriend before leaving for Ipswich.

She visited a house in London Road at around 11.10pm with the intention of buying drugs. She agreed to go back to the house later that evening to finalise the deal but never returned.

She was then dropped off in the Portman Road area at 11.30pm and at around midnight she was seen talking to the driver of a dark-coloured Ford Sierra, possibly of green or blue colour, in Portman’s Walk.

I would ask those who have information to do the right thing and help us to resolve the suspicious disappearance of a mother who left behind two very young children and a heartbroken family. - Andy Guy

This vehicle and its driver have never been traced by police.

No one has heard from Amanda since she went missing and although police are concerned that she may have come to harm, no evidence of any abduction or attack has ever been found.

She is described as being 5ft 7, of medium build and having shoulder-length fair hair at the time she went missing. She also has a heart-shaped tattoo on her upper left arm and was wearing a black leather bomber jacket, a pink knee-length dress and a gold cross and chain.

Speaking on the 25th anniversary of Amanda’s disappearance, Andy Guy, of the Joint Norfolk and Suffolk Major Investigation Team, said: “Over the years there has been much speculation and we have heard many rumours about what might have happened to Amanda.

“At this significant anniversary since she was last seen, I would ask those who have information to do the right thing and help us to resolve the suspicious disappearance of a mother who left behind two very young children and a heartbroken family.”

Thirteen years later, 19-year-old Luke Durbin went missing in the early hours of May 12 while on a night out with friends in Ipswich.

The Hollesley teenager, who had left his mobile phone and other items at a friend's house in Woodbridge, went to Zest nightclub with a group of friends but later became separated from them.

He was reported missing on the afternoon of Saturday, May 13 after he failed to return home to his mum Nicki and sister Alicia - with both of whom he kept regular contact.

In the weeks which followed, police carried out searches on foot, in a force helicopter and with the dog unit.

They also spoke with more than 100 people who had been logged in the teenager’s mobile phone as well as his family, friends and work colleagues. 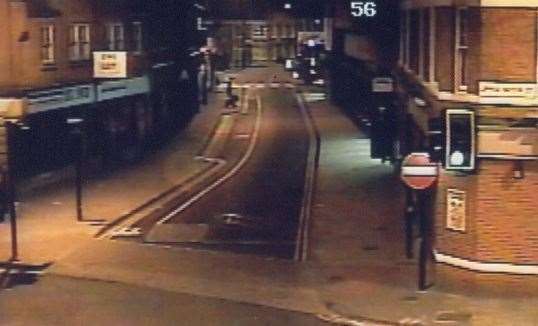 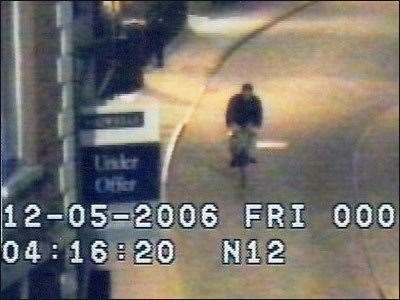 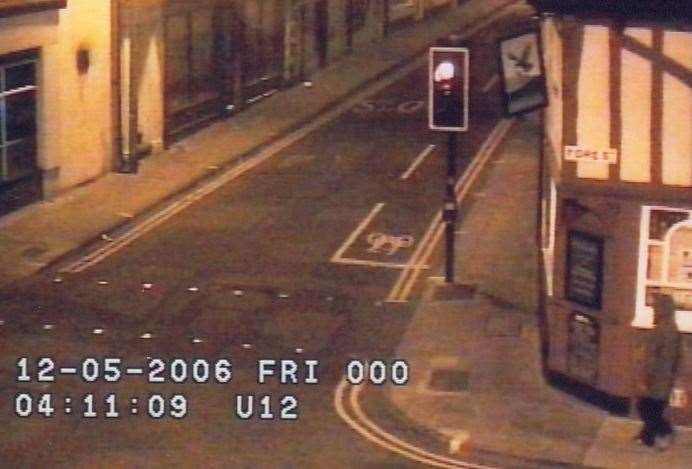 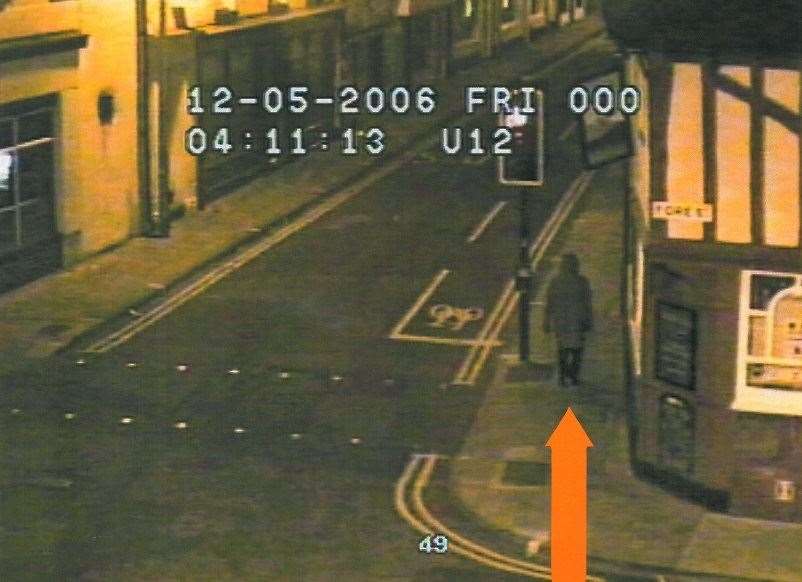 Officers were able to trace Luke’s path from Zest through CCTV from businesses and other town centre buildings, which showed him walking towards Ipswich railway station to the Hawk Express taxi office in Old Foundry Road where he made attempts to get home.

He then made his way towards the town centre bus station, where he was last seen at around 4am on May 12.

There was also a reported sighting of Luke near the entrance of the Turban Centre car park in Woodbridge between 11am and 2pm on May 13. He was said to have been in a dark blue Renault Megane car which was being driven by a black man.

Luke is described as white, 5ft 10, and of slim build. He also had short dark brown hair and blue eyes.

At the time of his disappearance, he was wearing a black or dark grey long sleeved collared shirt and a purple and grey White Stuff sweatshirt. He was also wearing ‘tatty looking’ faded denim jeans which had a motif on the side thigh and suede moccasin-style shoes.

In 2017, after 11 years had passed, Suffolk Police renewed their appeal for information and released CCTV images in the hopes that they would lead to new details.

But despite efforts by police, family and the wider community, Luke’s loved ones are still searching for answers more than 14 years on.

Police are also still searching for answers around the disappearance of David Franckeiss from Southwold.

The 79 year old left his home in Mill Lane to attend a doctors appointment on November 9, 2012. He was last seen at the surgery at around 5.30pm on the same day.

David is described as white, 6ft 1, with short, brown hair. He was last seen wearing a brown corduroy trousers and a black coat.

The pensioner’s car was located at Southwold Harbour in Ferry Road, where a police helicopter and the coastguard carried out searches, but they were unable to trace David.

Another mysterious disappearance is that of 81-year-old Gerard Keen from Lowestoft.

Gerard was last seen at 11.45am on October 28, 2015, when he left his home in Conrad Road to take a walk. He was reported missing later that day after he failed to return home.

Gerard is described as white, 5ft 10, and having white hair. At the time of his disappearance, he was clean shaven and was wearing a black jacket, dark trousers and possibly a tweed cap.

Police carried out searches on the ground and by helicopter, with the fire service, coastguard and Suffolk Lowland Search and Rescue having been called in to help, but five years later, they are no closer to finding Gerard.

Perhaps one of the most high profile cases of a missing person is that of airman Corrie McKeague, who vanished after a night out in Bury St Edmunds in 2016.

The 23 year old, who was from Fife and based at RAF Honington, was last seen in the early hours of September 24 in the town’s Brentgovel Street.

Police reviewed more than 1,100 hours of CCTV footage which showed Corrie sleeping in a doorway in the town before moving away - perhaps to walk the 10 miles back to Honington.

Searches were carried out in a wide area between Bury St Edmunds and Honington, with water searches having been carried out in the River Lark and other bodies of water.

In the months which followed Corrie’s disappearance, police zoned in on a bin lorry which had collected waste from the area in the hours after the last confirmed sighting of Corrie.

Their hypothesis was that Corrie - who police said was known to sleep in rubbish following a night out - had been in the bin which was collected from the area of Bury St Edmunds known as the horseshoe.

The young airman’s phone was recorded as having travelled away from Bury St Edmunds at the same time as the bin lorry.

The lorry was seized and searches carried out but no trace of Corrie was found. Officers also spent 20 weeks from March 2017 searching an area of a landfill site in Milton, Cambridgeshire, which covered 920 square metres of waste at a depth of eight metres.

The search continued until July 2017 but was resumed in October of the same year to allow searches to be carried out in a different area of the site.

On March 26, 2018, Suffolk Police released a statement which said that detectives had ‘reached the point where there were no realistic lines of enquiry left to pursue’.

Speaking in 2018, Detective Superintendent Katie Elliott said: "It is extremely disappointing that we have not been able to find Corrie. I can only imagine the strain Corrie’s family have been under over the past 18 months and I thank them for their patience and understanding.

"Whilst the investigation has drawn to a natural conclusion we will continue to work with the family to provide answers to their questions and help them understand what may have happened.”

Almost four years on, Corrie’s family, including his young daughter who was born months after his disappearance, are still looking for answers around what happened to the young airman.

Another of Suffolk’s missing people is Andrew Derrett, who was last seen at his workplace in Wembley in 2018.

The 51 year old, from Ipswich, was reported missing on December 11 after he failed to return home from work, where he had been seen earlier that day.

Andrew is described as white, 5ft 8 and of heavy build. At the time he went missing, he had shoulder length dark hair and facial stubble and was wearing black jeans, a short, dark-coloured coat and possibly black boots.

He also has tattoos on both arms which included the name ‘Beverley’, a dagger and a love heart.

Anyone with information on any of the missing person cases should email unsolvedcasereviews@norfolk.pnn.police.uk.