From department stores and building firms, to grocery shops and markets – these are the stories behind Suffolk 's Wetherspoon pubs before the chain added them to its portfolio.

While some premises in the county have been inns for centuries, others have vastly different histories, but all eight of them have fascinating tales to tell.

This is what we know about the Wetherspoon pubs in Suffolk – scroll down to read about them and vote for your favourite pub in our poll.

The King's Head Hotel on New Market in Beccles is a former coaching inn.

The earliest recorded reference to The King's Head Hotel is in the 17th century, with a lease granted to George Cocke in 1668.

He became the pub's first landlord, when, three years later, he was granted "the tenement in the cornerstead of the Market".

Although The King's Head remained as a coaching inn for hundreds of years, it is possible that the pub which stands today replaces an earlier building, as Beccles was ravaged by a fire in the late 16th century.

The building as we know it now became grade II listed in September 1971.

The grade I listed monument, which opened for business in 1862, was designed by Ellis & Woodward and built by Lot Jackman, at a cost of £7,000.

The Corn Exchange stands on the site of The Shambles market, which occupied three sides of the site.

Bury St Edmunds' history as a market town stretches back to 1235, when merchants would travel to the town to sell their goods.

The floor in the Corn Exchange hall was inserted in 1969 and there are now shops on the ground floor. Haverhill is another ancient market town. It has had its market for almost a thousand years, with its being well-established by the time of the Domesday Book, compiled in 1086.

It is no surprise, then, that the Drabbet Smock is on of the site of a market, at Peas Hill on the Market Square.

The pub's name comes from the town's history as a textile centre, which it developed into in the 19th century, when it was known for making drabbet smocks for agricultural workers.

The Cricketers, on Crown Street in Ipswich , opened as a Wetherspoon pub in 1999.

With brewing playing an important role in Ipswich's history, the pub was purpose-built in the 1930s allowing local workers to quench their thirst.

It was originally a Tollemache pub, and its style was copied from Helmingham Hall in Stowmarket – the home of the Suffolk noble family, the Tollemaches, since 1510.

In 1957, Tollemache was merged with another local brewery, Cobbold, to form the company now known as Tolly Cobbold, which traded until 1989.

Lowestoft 's The Joseph Conrad, on Station Square, is on the premises of the town's former Tuttles department store, built in two stages in 1888 and 1893.

It is named after Polish mariner and writer Joseph Conrad, who disembarked in Lowestoft in 1878 and signed on as a crew member of a small coaster that sailed out of the port.

He later became one of the leading writers of the 20th century, using the name Joseph Conrad – his birth name being Jozef Teodor Konrad Korzeniowski. 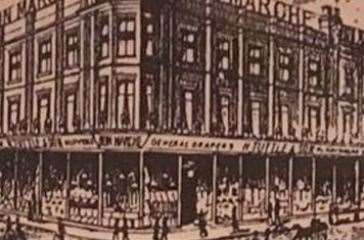 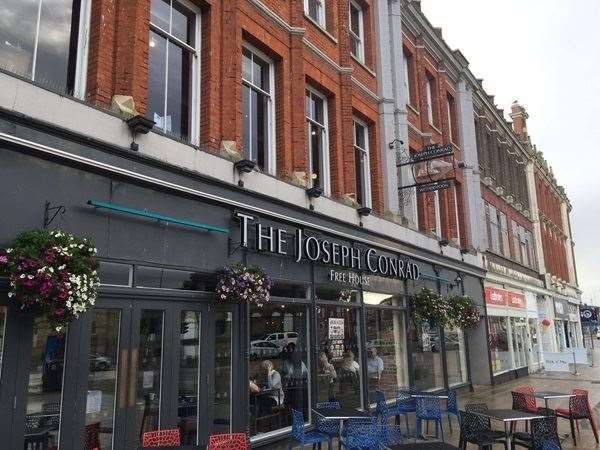 The premises was refurbished and reopened by Wetherspoon as The Joseph Conrad in 2013.

The Golden Lion in Newmarket is a long-standing fixture of the town's High Street.

The pub has been a feature of the street since at least the late 18th century – with the street having had many alehouses and inns over the centuries.

In 1500, records showed there were at least a dozen, including The Ram, now The Rutland Arms, immediately opposite The Golden Lion. 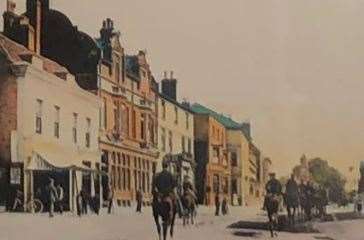 The name of the pub, which opened as a Wetherspoon branch in 2001, refers to the coat of arms of either King Henry I or the Percy family, Earls of Northumberland.

The Willow Tree's premises in Stowmarket housed the building firm Seamans, founded by Octavius Seaman in 1912, for almost 100 years.

The premises were acquired from marble mason John Edward Simpson, who was first recorded on the Ipswich Street site in 1839.

Seamans, which built Stowmarket's first public library, moved to a purpose-built premises on the outskirts of Bury St Edmunds in recent years.

The Willow Tree, which became a Wetherspoon pub in 2012, is so-named due to the growing of willow twigs in the town, which led to the development of basket-making – something which thrived until the early 20th century.

Sudbury 's Grover & Allen, in North Street, takes its name from the wholesale and retail grocery, which traded at the premises from the mid 1870s to the early 1900s.

In 1850, Job Grover traded there as sole proprietor, but from the mid 1870s, it had become Grover and Allen.

By the early 1900s, it was belonged to the Halstead Co-operative Society, followed by the Ipswich Co-op from 1970. 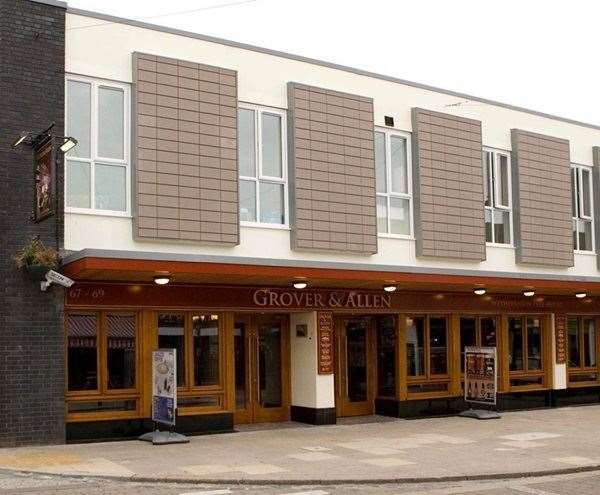 This is how it remained until it was converted into a Wetherspoon pub in 2007.