Police are investigating a robbery at a bus shelter in Ipswich after a woman was left 'shaken' when her mobile phone was 'snatched' from her.

Officers have released CCTV images of a man they want to speak to in connection with the robbery, which happened on Bramford Road between 1.50pm and 2pm on Thursday, October 29.

A Suffolk Police spokeswoman said the victim, a woman in her 40s, was sitting at the bus shelter when she was approached from behind by a man.

She said: "The male raised his arm before snatching the victim's mobile phone out of her hand."

The spokeswoman said the man then ran in the direction of Mountbatten Court and Maple Park.

She said while the woman was not physically harmed, she was left 'shaken' by the incident. 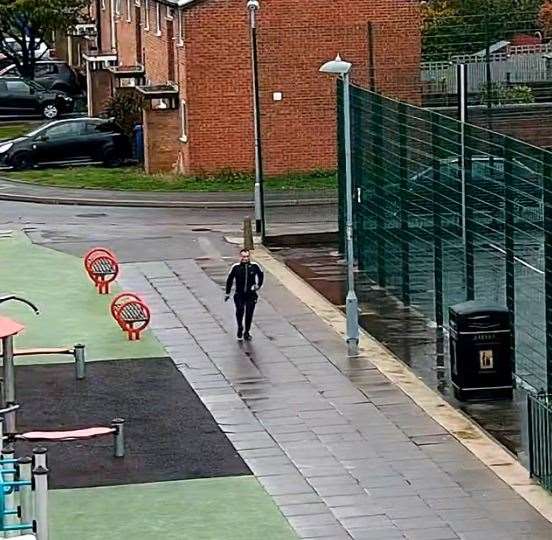 The suspect is described as being in his late 20s to early 30s, about 5ft 6ins tall, of slim to average build. He is believed to have short, black hair and a tanned complexion.

At the time, he was wearing a navy blue Adidas-style tracksuit and black Nike trainers with red markings.

Officers want to speak to the man in the CCTV images about the incident as they believe he may be able to help with the investigation.

Anyone with information is asked to contact Suffolk Police by calling 101 or emailing Nishan.Emmamdeen2@suffolk.police.uk, and quoting crime reference: 37/62823/20.

Alternatively, contact Crimestoppers anonymously on 0800 555 111, or via their online form.