They are dotted across the country and point out places of significance - but where are Suffolk ’s blue plaques and who, or what, do they commemorate?

There are dozens of the signs in the county singling out locations and the notable people who have links to them – from writers to composers and scientists to suffragettes, these figures have left their marks on Suffolk both figuratively and literally.

London's blue plaques scheme which started in the 1800s is believed to be one of the world's oldest, and is now run by English Heritage. Elsewhere, as in Suffolk, local societies are responsible for the signs.

Let's take a look at some of the blue plaques in Suffolk which link people of the past with buildings of the present.

Probably the most famous name amongst Suffolk's blue plaques, the Victorian writer's "love affair" with Bury St Edmunds was officially recognised in 2012 – which also marked the 200th anniversary of Dickens' birth – when a blue plaque was put up on the hotel he visited on a number of occasions during his lifetime. 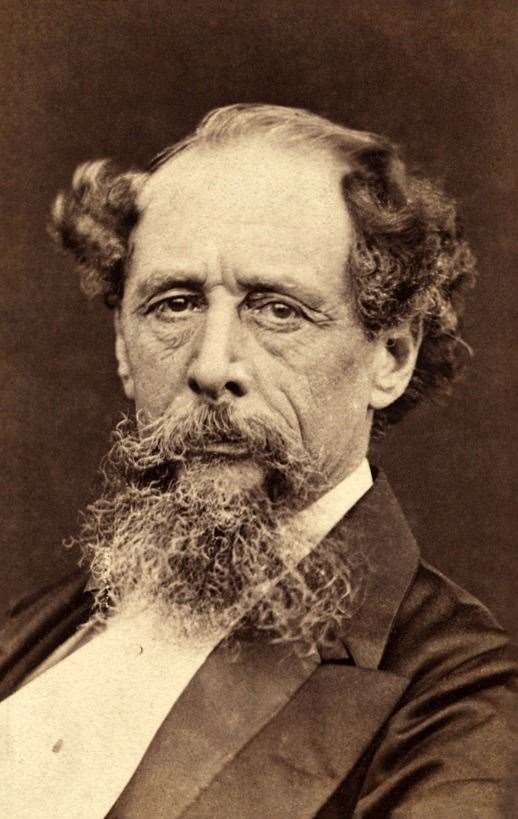 Such was Dickens' love for Bury that both the town and The Angel Hotel feature in his novel The Pickwick Papers.

His was the first of seven plaques to be installed in the town by the Bury Society – which form the Bury St Edmunds' Blue Plaque Trail.

And the writer's fondness for Bury has been transferred over to the big screen, as the town also provided a backdrop to scenes from Armando Iannucci's adaptation of The Personal History of David Copperfield, which launched at the London Film Festival last year.

Another Suffolk location proudly promotes its links to Dickens – The Great White Horse Hotel in Ipswich's Tavern Street also bears a blue plaque to the novelist, and is yet another place he visited and used as a setting in The Pickwick Papers. 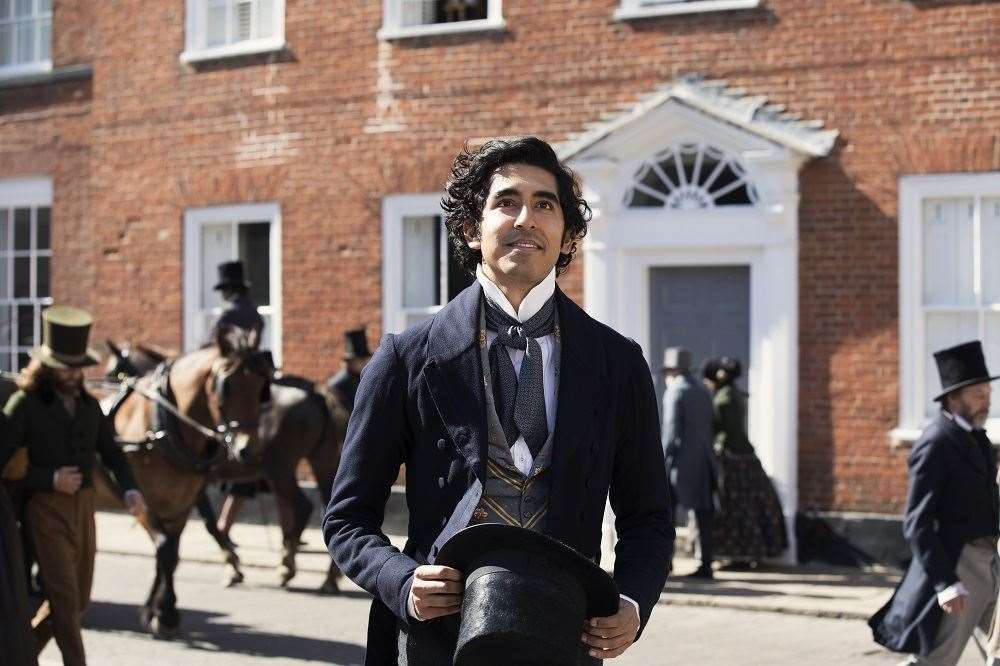 According to the Ipswich Women's Festival Group, Constance Andrews was the "most prominent" of the women in Ipswich who campaigned for Votes for Women.

In 1909, Andrews, who was the main organiser of suffrage actions in the town, founded the Ipswich branch of the more radical suffragette organisation, the Women's Freedom League.

A blue plaque was unveiled in Andrews' memory in October 2016, after the Ipswich Society said it had received "mild criticism" from feminist groups about the lack of women recognised on the plaques installed since the start of the town's scheme at the turn of the millenium.

Andrews – who was born in Stowmarket – was one of four women to be honoured with a plaque that year. Hers can be found at Arlington's, formerly the Old Museum Rooms, where she led the 1911 Votes for Women protest.

Composer Benjamin Britten, whose best-known works include the opera Peter Grimes, the War Requiem and The Young Person's Guide to the Orchestra, is honoured twice over in Suffolk.

A blue plaque was installed on his childhood home in Lowestoft in 2013, coinciding with the 100th anniversary of his birth. 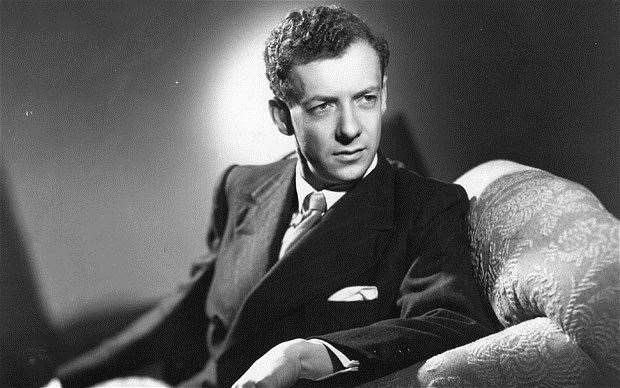 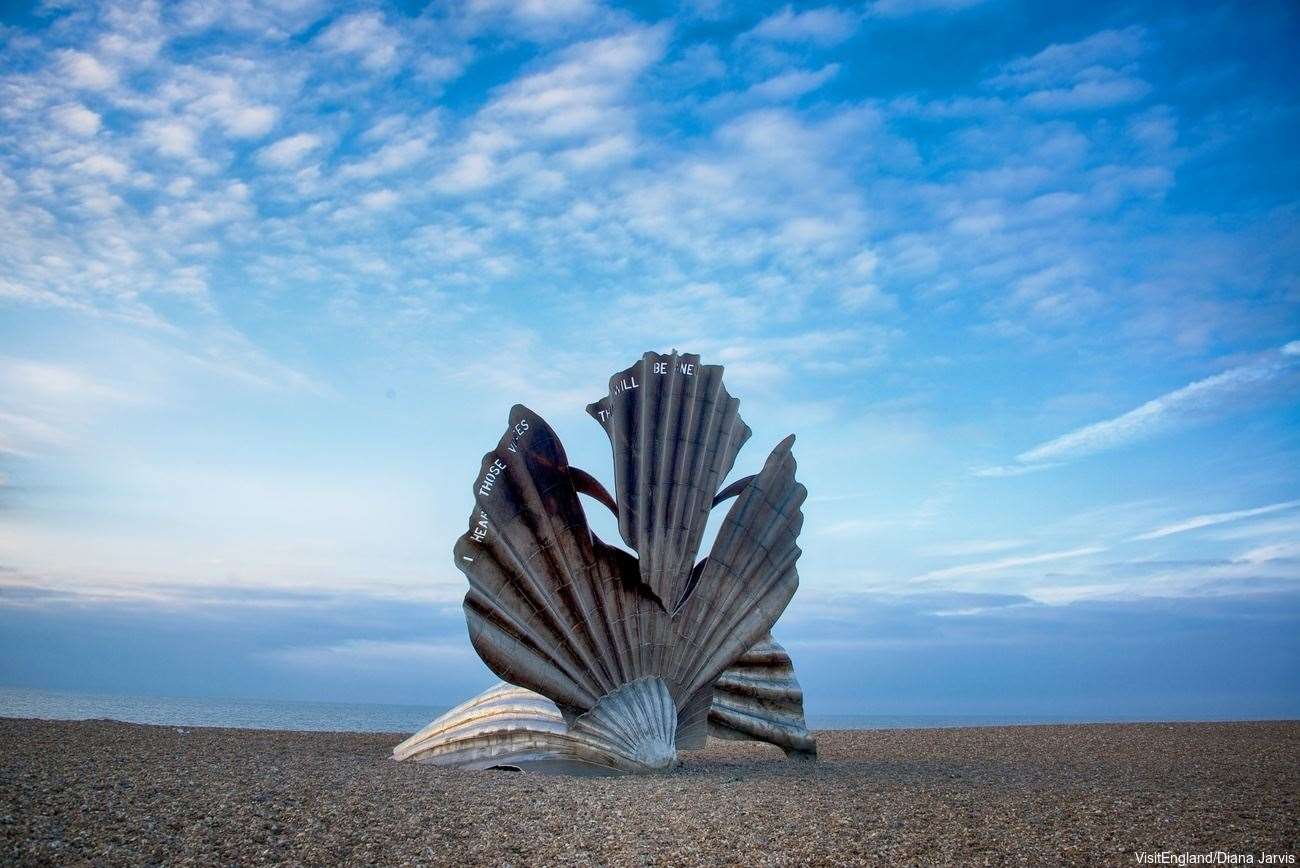 And further down the coast in Aldeburgh, where Britten later lived and worked, and where he founded Aldeburgh Music and the Aldeburgh Festival in 1948, there is another plaque marking Britten's connections.

According to Visit Suffolk, "Britten and his work were always influenced by Suffolk".

With the distinguished title of 'Mr Bury St Edmunds ', it is no surprise that James Oakes, who Visit Bury St Edmunds say is one of the town's "most famous sons", has a plaque dedicated to him there.

Oakes, who was a yarn merchant and banker, is best known for his diaries, which he kept for almost 50 years from 1778, detailing daily life and the town's social scene.

He was also Alderman (mayor) of the town five times and served as Justice of the Peace for 45 years – if that wasn't enough, he was also involved with several charities.

After the decline of the woollen industry, he took up banking. The Oakes family bank, called the Bury and Suffolk Bank, used to be where Lloyd's Bank is in Buttermarket.

This is now believed to be the only branch of the bank which does not have a black horse on its sign, but an oak tree for the Oakes family.

Oakes' blue plaque can be found at Guildhall Street, where he lived in the town.

A school in Beccles honours one of its former pupils, who is the only British woman to win the Nobel Prize in Chemistry, with a blue plaque.

Hodgkin studied at the school in the 1920s, where she was one of only two girls allowed to study chemistry at the time. Decades later, in 1964, she won the Nobel Prize for her work using X-rays to determine the structure of molecules, including penicillin and vitamin B12.

At the unveiling ceremony, Professor Sir Tom Blundell, who worked with Hodgkin in the 1960s-70s, said: "Dorothy Crowfoot Hodgkin was not only one of the greatest scientists of the 20th century but also one of the warmest and most human people I have ever known."

Rose Mead, the daughter of a plumber and glazier, discovered she had a gift for painting soon after her family moved to Crown Street in Bury St Edmunds – where there is a plaque in her memory.

The Bury Society says, in its Blue Plaque Guide, that Mead went to the Lincoln School of Art and then on to the celebrated Westminster School of Art.

During 1896 she travelled to Paris where she was influenced by Auguste Joseph Delecluse, who specialised in still life and portraiture.

The Society says: "The Bury St Edmunds pageant of 1907 saw Rose's talents come to the fore, when she became the chief costume designer for the pageant. However, it was with her portraits that she excelled."

In the last few years of her life, she lived at The St Edmunds Hotel next to The Angel Hotel.

Anyone who has a knack for gardening may recognise this name, Roger Crompton Notcutt, a "pioneer of the horticultural industry", who founded Notcutts Garden Centres.

A blue plaque was unveiled at his former Woodbridge home, the Notcutts head office, in 2017 marking 120 years since the company was established.

Notcutt was the first of his family to start a business in horticulture. He came from a long line of solicitors, but, as the younger brother of two, he was not expected to carry on the family profession.

So Notcutt, who was passionate about horticulture, bought his first nursery in Ipswich when he was in his early 20s, followed by another in Woodbridge.

Notcutts' website says, though he wouldn't have known at the time, the land he bought would become the start of a thriving business, still used as the base of Notcutts.

The business now has 18 garden centres across the country – including the one in Woodbridge.

He is perhaps more commonly associated with Sudbury , where he was born, and where there is a nearby school bearing his name, but the great Suffolk artist Thomas Gainsborough spent formative years in Ipswich from 1752-1759, according to the Ipswich Society.

The Society says he came to Ipswich after apprenticeship and time in his birthplace because commissions for portraits were more easily obtainable there.

While the house he rented in Foundation Street was demolished in the 60s, number 32 is "very similar".

Not just a painter, he was also a member of Ipswich Music Club, and played several instruments.

Today, Ipswich's Christchurch Mansion has one of the "best collections" of his paintings outside of London.

The man who discovered oxygen, scientist Joseph Priestley, has links to Suffolk.

Needham Market Town Council says: "Joseph Priestley, the scientist, was the minister at the church, now Christchurch, and he discovered oxygen and invented soda water."

A blue plaque, presented by Needham Market Society, states that Priestley ministered there between 1755-1758 – around 20 years before his experiments with gases led to him discovering oxygen.

Cor Visser was a Dutch artist who settled in Ipswich after the Second World War – during that time he was the official war artist to the Dutch government in exile.

For some years, he lived on a boat in Ipswich dock, which provided inspiration for some of his works.

He then made Fore Street his home and studio in 1962 – where a plaque was later installed – while Ipswich Museum collections contain some of his works.

Another artist who has a school named after her, and a blue plaque dedicated to her in Suffolk, is Sybil Andrews.

She was born in the flat above Andrews and Plumptons Ironmongers shop in Bury St Edmunds , which was a Royal Bank of Scotland branch until it closed in 2018.

According to the Bury Society, one of Andrews' earliest memories was the unveiling of the South African War memorial, subsequently the Boer War, on The Cornhill in November 1904.

Whilst in Bury St Edmunds, she worked alongside artist Cyril Power in the Crescent House Studios on Angel Hill and he had a "major influence" on her artistic future.

Andrews moved to Canada in 1947 where her importance as an artist was further established.

The Society adds: "Perhaps her greatest contribution to her birthplace is the wonderful banner to be found in St Edmundsbury Cathedral."

"Undoubtedly the most famous of the literary figures who lived in Woodbridge during the 19th century," according to Woodbridge Society, Edward FitzGerald is honoured with a plaque in the town, in the location he used to live.

The Society says FitzGerald, a writer, scholar and translator, is most well known for his translation and "imaginative adaptation" of a collection of 11th century Persian quatrains known as the Rubaiyat of Omar Khayyam.

He is buried in the churchyard at Boulge, two miles north of Woodbridge.

Other plaques in Bury St Edmunds :

Other plaques in Ipswich :

Other plaques in Woodbridge :

Elsewhere in the county: