A Kentford-based company is providing support to a charity on the other side of the world which is fighting to save rare bears being slaughtered so their body parts can be used in Chinese medicine.

Vital construction work is well under way at Free the Bears’ Luang Prabang Wildlife Sanctuary in Laos, thanks to the support from AJN Steelstock which is helping to build Bear House 6, a safe and secure 5,000 square metre sanctuary set into a thickly forested hillside which will be home to around 12 bears.

In addition to two outdoor enclosures complete with caves, pools, and climbing towers, which offer the bears a natural and safe environment to thrive, the house will also feature a number of purpose-built dens containing hammocks for sleeping in, denning boxes, platforms to relax on and automated water drinkers.

Free the Bears is a not-for-profit charity that helps rescue and rehabilitate Moon Bears and Sun Bears that have been illegally poached from the wild and held in captivity or milked for their bile which is highly prized in traditional Asian medicine.

With wildlife sanctuaries in Cambodia and Vietnam, as well as Laos, it has rescued hundreds of bears from a life of misery and aims to raise awareness of the cruel conditions of bear bile farms and raise funds to aid their rescue and rehabilitation.

With a record 17 bears rescued in 2019, and six last year, the charity has been able to save more than 90 bears in Laos to date.

“Having seen the hideous bear bile farms and the illegal trade of cubs exposed in the Bears About the House documentary, we were only too pleased to offer support to Free the Bears,” said Alan Boyden, joint managing director at AJN Steelstock.

“It’s encouraging to know that new enclosures we’re helping to build will make it a little easier for Free the Bears to garner the support of the local government and shut down these awful farms.

“One of the biggest challenges, however, is continuing to raise awareness and encouraging as many people as possible to donate any amount and help bring an end to the illegal wildlife trade in Laos.”

Among the bears set to be housed in Bear House 6, which is now almost complete, will be brothers, Thong and Neung, who were rescued from a timber yard and featured in the BBC series Bears About the House.

Conservationist Giles Clark, who worked as a technical advisor at Free the Bears, said it was the charity’s mission to make a real difference, not only to the individual bears but to the wider issue too, supporting law enforcement efforts of the local and national authorities clamping down on the trade.

“There is no feeling like seeing a bear take its first swim after years trapped in a tiny cage or dig in a termites’ nest, having never been outside,” he said.

Matt Hunt, chief executive of Free the Bears, who has worked with the animals for more than 20 years, said, “One of our main objectives is to tackle the illegal wildlife trade and bring an end to bear bile farming in Laos. Over the past few years we’ve seen a marked influx of rescued cubs and new enclosures at the sanctuary are desperately needed to give the bears the quality of life they rightly deserve.

“We’re incredibly grateful for the generous support that AJN Steelstock has given. New enclosures like Bear House 6 gives us the opportunity to rehabilitate more rescued bears and enables our government partners to close more bear bile farms.”

Featured in the BBC documentary was Mary, a Sun Bear who was being sold illegally and was found in a rubbish strewn cage in 2018. She was only the second Sun Bear to be rescued by the charity since 2003 and for that reason was seen as being particularly special. Initially she was looked after in Matt’s home for 50 days since when she has thrived.

“While our ultimate goal remains bringing about an end to the practice of bear bile farming, the recent spate of rescues has already filled the bear houses we’d built in preparation for planned bile farm closures and the current Covid-19 pandemic has impacted plans to build more bear houses as funding sources have been lost,” said Matt. 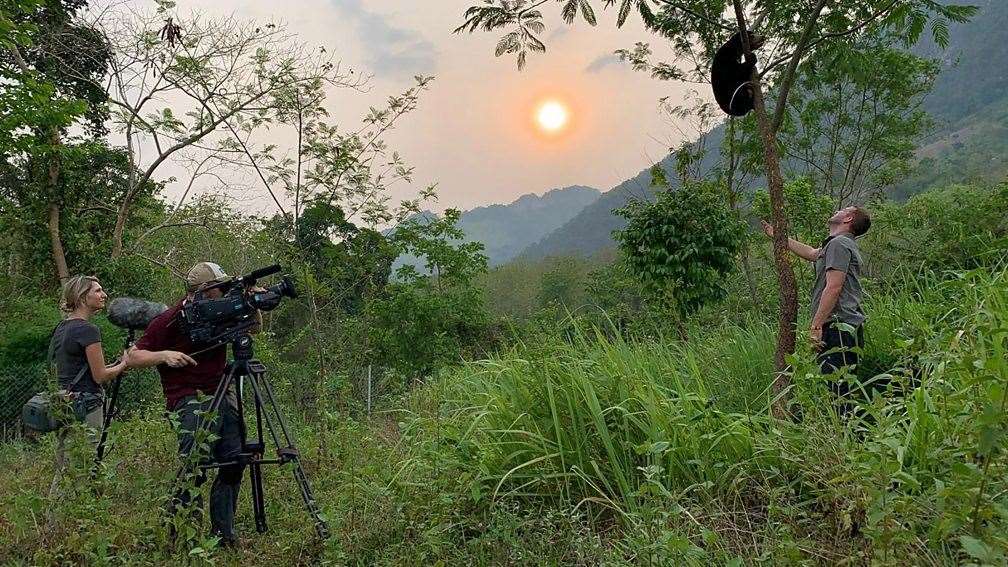 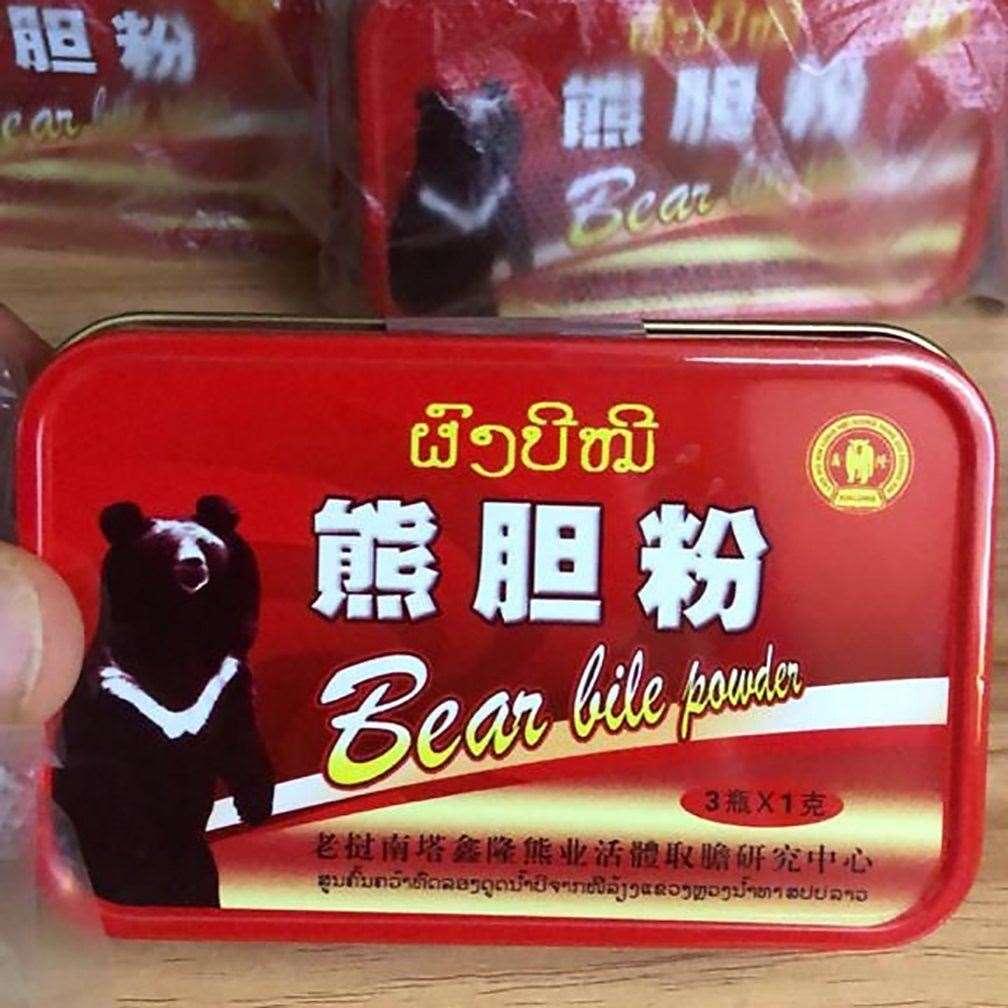 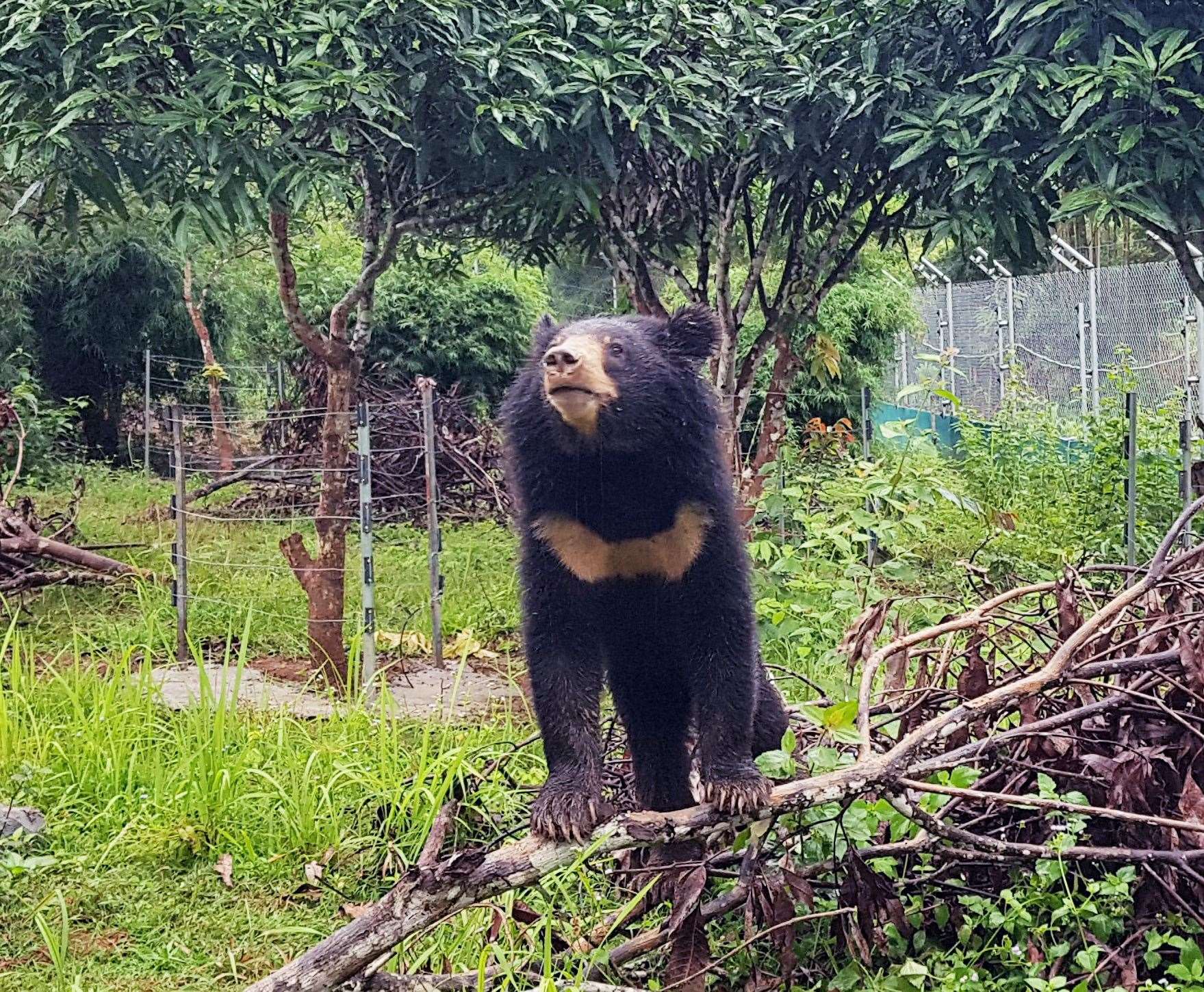 But he added: “No matter how insurmountable the challenges facing us may look at times, just ten minutes spent watching the bears in our care serves as a perfect reminder of why the work we are doing is so important, and why the battle is worth the fight.”

For more information about the charity or to make a donation visit: www.freethebears.org