Mother Earth comes out on top in 1,000 Guineas at Newmarket to make more history for Aidan O'Brien and Frankie Dettori

For O'Brien, it sealed three straight wins in the Classic, making him the first trainer to achieve that feat since George Lambton back in 1918. It is also the seventh time the Irishman has emerged victorious in the Rowley Mile contest.

As for Dettori, the 50-year-old has now ridden a total of 20 Classic winners during his illustrious career.

The charismatic Italian told ITV Sport: "I thought she was going to come on good. I kicked at the top of the hill because I knew she'd get home and I was able to enjoy it.

"She is very easy to handle and she's very brave. She's not very big but she's got a big engine."

Asked if an outing in the Epsom Oaks could be a possibility next month, Dettori replied: "(A) Possibility, yes. She's very relaxed but listen I'll leave that to the professionals." 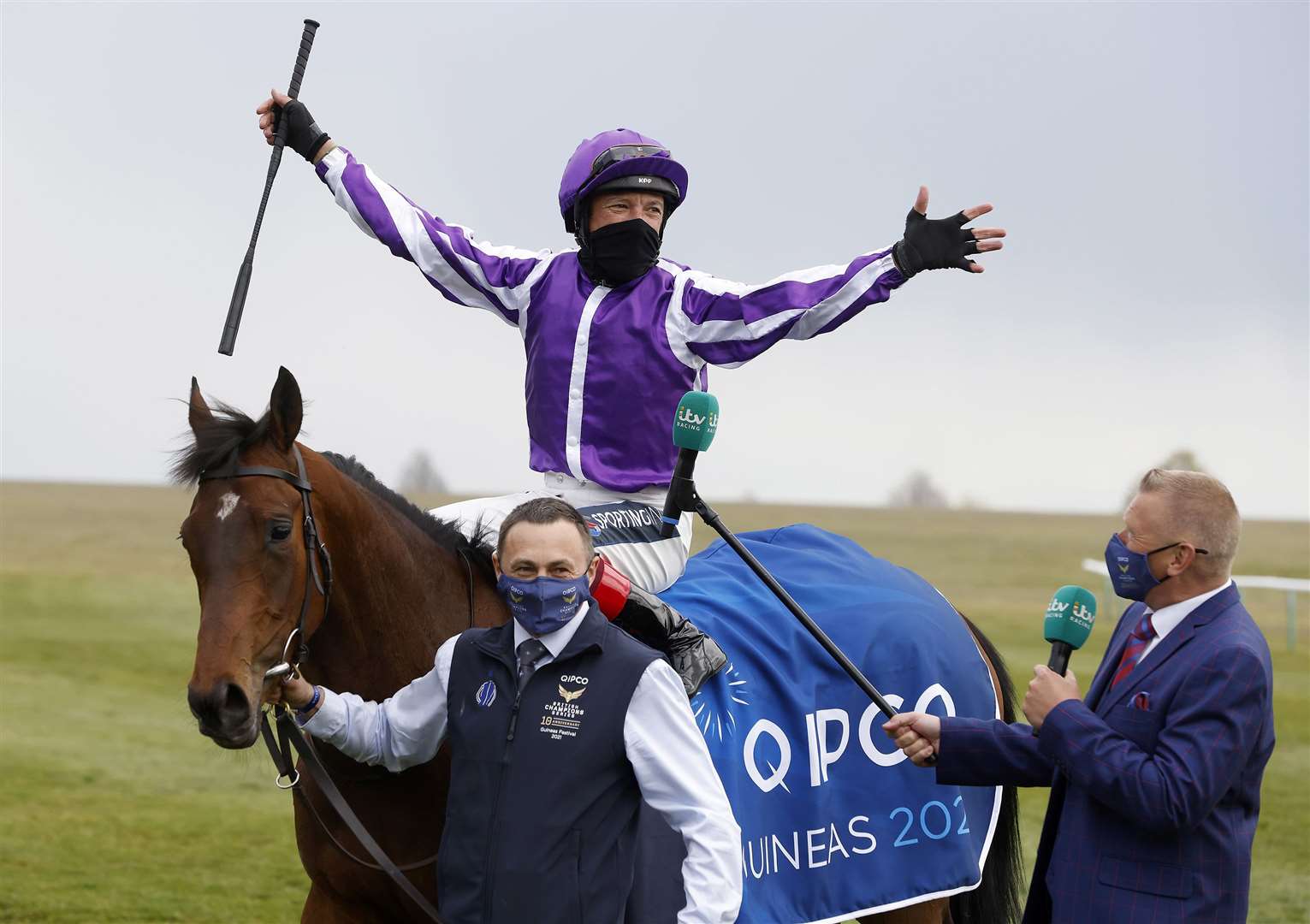 Meanwhile, O'Brien, who saw pre-race favourite Santa Barbara finish fourth, said: “She’s a very good filly and always was. It was unfair to the favourite (Santa Barbara) to come but we had to come with the view to coming back over here for the Oaks.

“Santa Barbara is only a baby and Ryan (Moore, jockey) said that he’d liked to have waited longer but he saw Frankie coming down his outside and he had to come then and she was just green in the dip, but after having one easy run it was a great run.

“Mother Earth is a very consistent filly – she had a great run in America last time out last year and that was very professional. She relaxed and quickened and did everything really well, so we’re delighted.

“We won’t go again with Santa Barbara (before the Cazoo Oaks). We felt that she would learn as much coming here as she would for three runs, but it was a risk doing it that she was going to get beaten.

“She’ll be fine, she’s classy and she would have learnt a lot today and she has plenty time to get over that. Ryan was very happy and he said to me that in an ideal world he didn’t want to commit as early.

“But with Frankie coming he had to keep going then and she was a little bit unbalanced going into the dip, which is understandable as we’ve never taken her off the bridle at home. Hopefully she’ll come out of it ok and it will do her good.

“I didn’t ask Frankie anything afterwards - I just listened. I’m sure you could hear it all as well! It’s great to have him and he’s an unbelievable rider.”