That is according to joint boss Luke McAvoy, who after seeing the Robins pick up the first win of his tenure a fortnight ago, was delighted to watch on as they followed that up on Saturday with a 4-1 home victory over bottom-of-the-table Gorleston.

Those results have put a seven-point gap between Ely and the one relegation spot, meaning that they can play with a bit more freedom when they head to Stanway Rovers (4th) on Saturday, followed by a trip to second-placed Norwich United on February 22 (both 3pm).

“To be fair, our start since taking over had been tough. We played the likes of Godmanchester, Stowmarket and Woodbridge,” said McAvoy.

“But once we got those out the way we targeted the last two as winnable games, and thankfully we managed to do it.

“It is massive for us. Of course we have a chance of getting something at Stanway and Norwich, but we know how tough it will be.

“Had we gone into those two games having only picked up a couple of points against Thetford and Gorleston, we would have been desperate for a win.

“As it is, they are more of a free hit and hopefully that will help the lads to perform.”

McAvoy and fellow boss Ben Farmer have been busy in of late as far as recruitment is concerned.

Babacar Camara, Nick Harrison, Harvey Bullen and Alex Knowles have all been drafted in, while full-back Alex Brown has also return to the club. 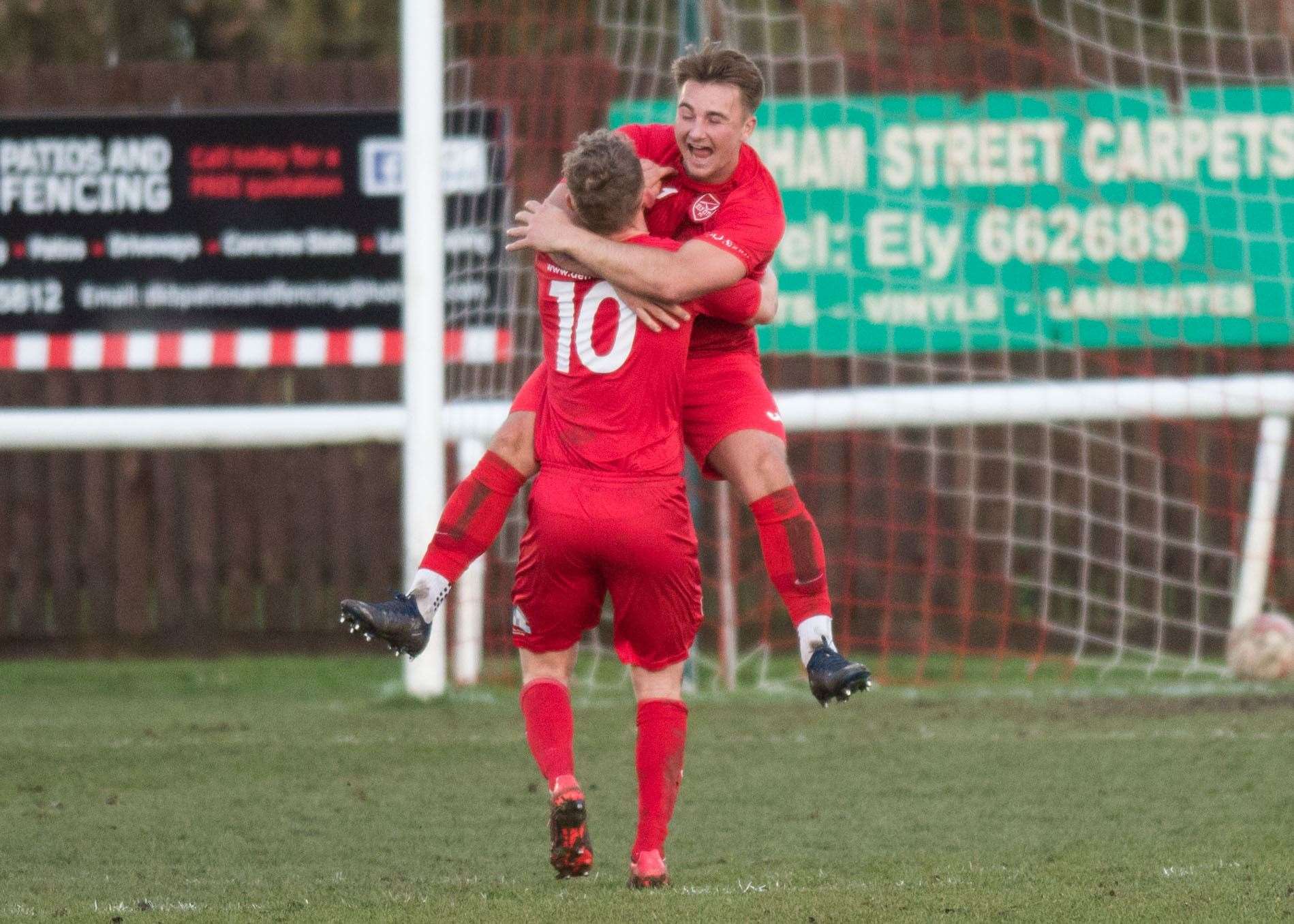 And McAvoy believes that the addition of some fresh blood played a key role in the recent positive results.

“Someone like Babacar – he played for us at CUP and this is like a new start for him, so he is buzzing,” added McAvoy.

“The lads that have come in have not been involved in our poor run, so they have really come in and lifted things. The dressing room is buzzing.

“We would like to bring in one or two more, particularly in the forward areas. We are relying on young lads up there at the moment and while they are doing a great job, it would be good to have some experience up there.

“The big thing is that we are getting closer to where we want to be squad wise.”

Harry French was the Ely hero on Saturday as he helped himself to a hat-trick at the Demcom Stadium, with the hosts’ other goal coming courtesy of Gorleston’s Cameron Barnes. It secured a first home win since November 2.