Newmarket stormed into the final of the Cambridgeshire Intermediate Cup with a convincing 52-5 home win over Cambridge III on Saturday.

The hosts were on the front foot from the off and they took the lead inside five minutes when Ed Rudge burst through.

Tom Clifton duly dispatched the resultant conversion to set Newmarket on their way.

Twenty minutes later Harry Robbins streaked down the centre of the pitch, avoided arrest, and claimed Newmarket’s second try, which again Clifton converted to put his team in total command of proceedings.

To Cambridge’s credit, they then resisted a number of Newmarket attacks, but that was eventually broken as Will Hale touched down on the right wing following some neat passing play.

On this occasion the windy conditions prevented Clifton from successfully dispatching the kick, meaning Newmarket headed into the break 19 points to the good. 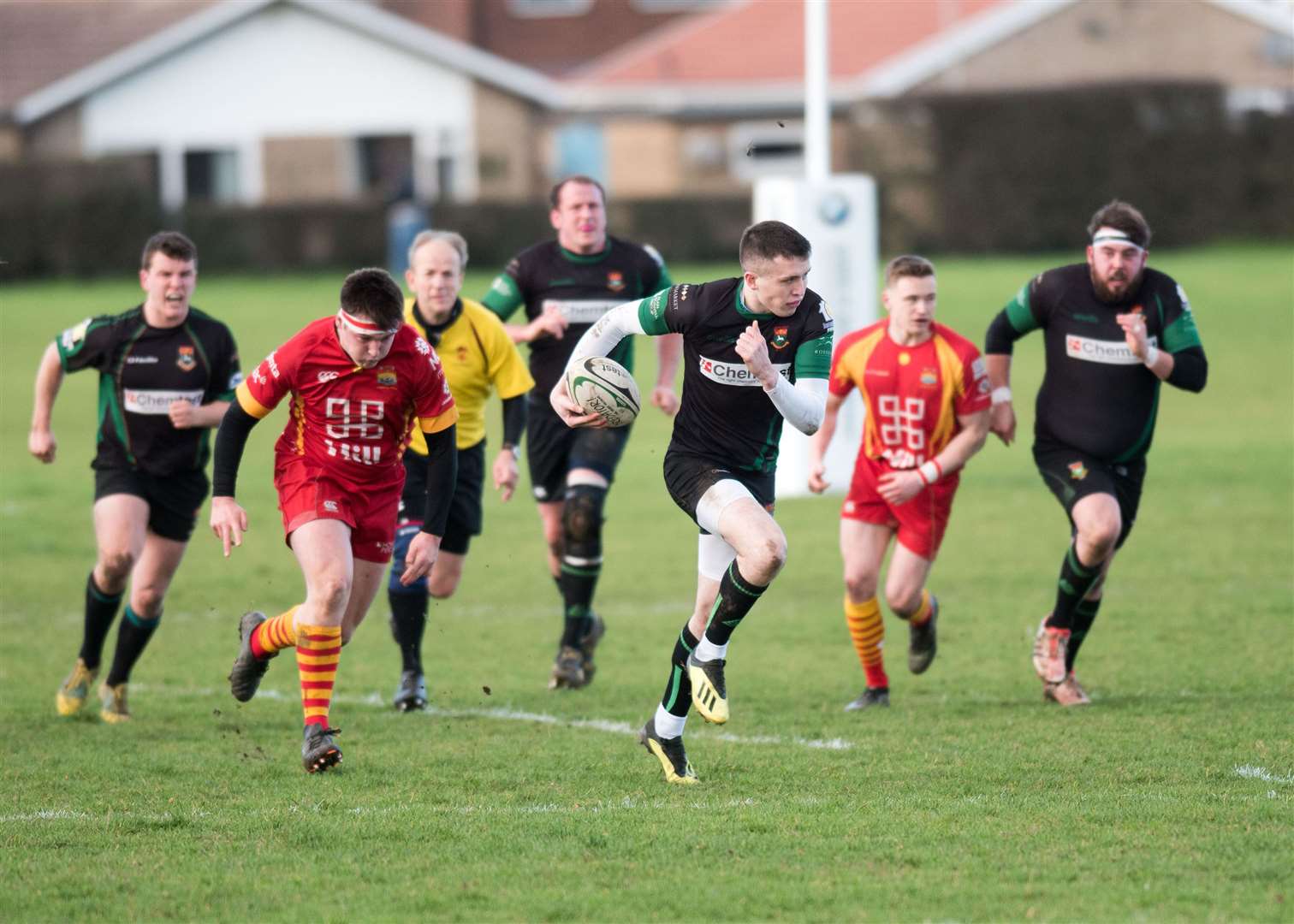 Newmarket started the second half much like the first but this time it was Matt Hunt who scored within the opening five minutes.

Three minutes later Freddie McKibbin added himself to the try list, with Clifton converting to put Newmarket 31-0 up.

Christophe Dupont and McKibbin then linked up for the latter to score his second try on the hour mark, and once again Clifton was on target with his kick to extend Newmarket’s advantage with another seven-point haul.

Cambridge – determined to make amends – started to put together some nice phases until Robbins intercepted one of the passes on halfway to score.

Clifton did his job once again, before with 15 minutes to go Cambridge finally succeeded in getting a well-deserved try.

However, Newmarket soon got themselves back on the attack and Phil McBride, playing a beautiful dummy, shot past his defender to add the final points of the semi-final.

Newmarket will now take on old foes Cottenham Renegades in the final on Saturday, May 2 after they got the better of Cantabrigian II in the other last four contest.

In the meantime, Newmarket will switch their attention to the start of the second phase of their league campaign when they travel to North Walsham II in the Division One Shield on February 15.