Newmarket go top of the league with home victory over Kimbolton

Newmarket’s early rise to the top of the Cambs & Hunts Whitings & Partners Division Two standings has been a collective effort, according to captain Mark Nunn.

Saturday’s 40-run home victory at the expense of Kimbolton has seen the Stampede open up a five-point lead at the summit with four match weekends gone.

Having put together a brand new squad during the winter following the club’s reformation, Nunn was not entirely sure as to how things would unfold early on.

However, he has been pleased to see the quality rise to the fore, with everyone playing their part.

“When we set the squad up we were obviously keen for everything to start well, but you never quite know how it’s going to gel and click together,” said the skipper.

“But we’ve got some really good players and thankfully we’ve been able to hit the ground running. 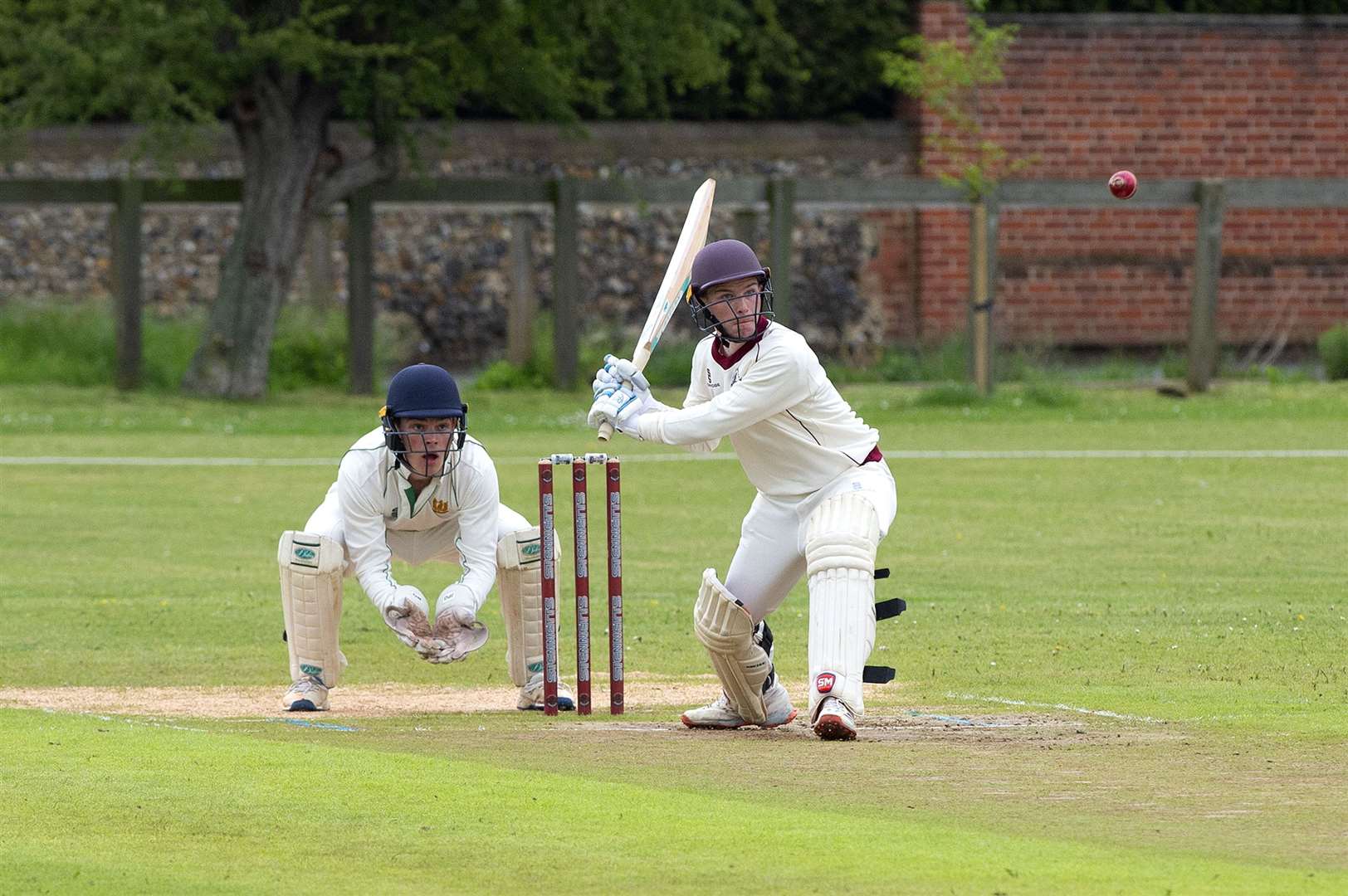 “The one pleasing thing is that we’ve already got a good team spirit and everyone has chipped in during the wins. Everyone is pulling in the right direction.”

Another example of the unity that has formed in recent weeks centres around the fact that Newmarket have managed to complete their home fixtures when others in the area have been unable to beat the bad weather.

Nunn added: “We’re not blessed with lots and lots of facilities, but we’ve worked hard to get games on. Win, lose or draw, players want to be playing every weekend.

“It’s been a hell of an effort and not just from the players that play in the first team. Lads from the Sunday team, the midweek team – they’ve all contributed to get games on.

“We were battling 50 mile an hour winds last weekend to get the covers on and we had lads at the ground at 7.30am on Saturday to make sure the pitch had the best chance of being played on.

“It highlights what we are trying to build at Newmarket and The Severals. We want to build a community club where everyone is involved. It doesn’t matter what you do or which one of the sides you play for, nobody is just a number.”

Newmarket will aim to tighten their grip on top spot on Saturday when they travel to face fifth-placed Huntingdon & District (12.30pm).

And despite making a positive start, Nunn has stressed they will be taking nothing for granted.

“Any club at the top is setting the benchmark and is there to be shot at,” said the all-rounder. “Everyone wants to beat them and knock them off the top. We’ll prepare properly every weekend and won’t be underestimating anyone.”