A rare species of bird has successfully raised and fledged chicks for the first time in Suffolk for 300 years.

The Spoonbills have been discovered nesting on RSPB Havergate Island nature reserve – Suffolk's only island – near Woodbridge .

It's the result of more than a decade of dedicated conservation work by the RSPB to ensure the survival of the species, which has also helped to create a natural flood defence for the surrounding area.

Aaron Howe, RSPB South Suffolk sites manager said: “We’ve been trying for years to get Spoonbills to successfully breed on Havergate Island, so it’s fantastic to see these extraordinary chicks leave the nest.

"This shows that reviving natural habitats is hugely important to the survival of our wildlife.

“The work we have done on Havergate Island has also helped create a natural flood defence for the surrounding area, so the site is able to benefit Spoonbills and local people. 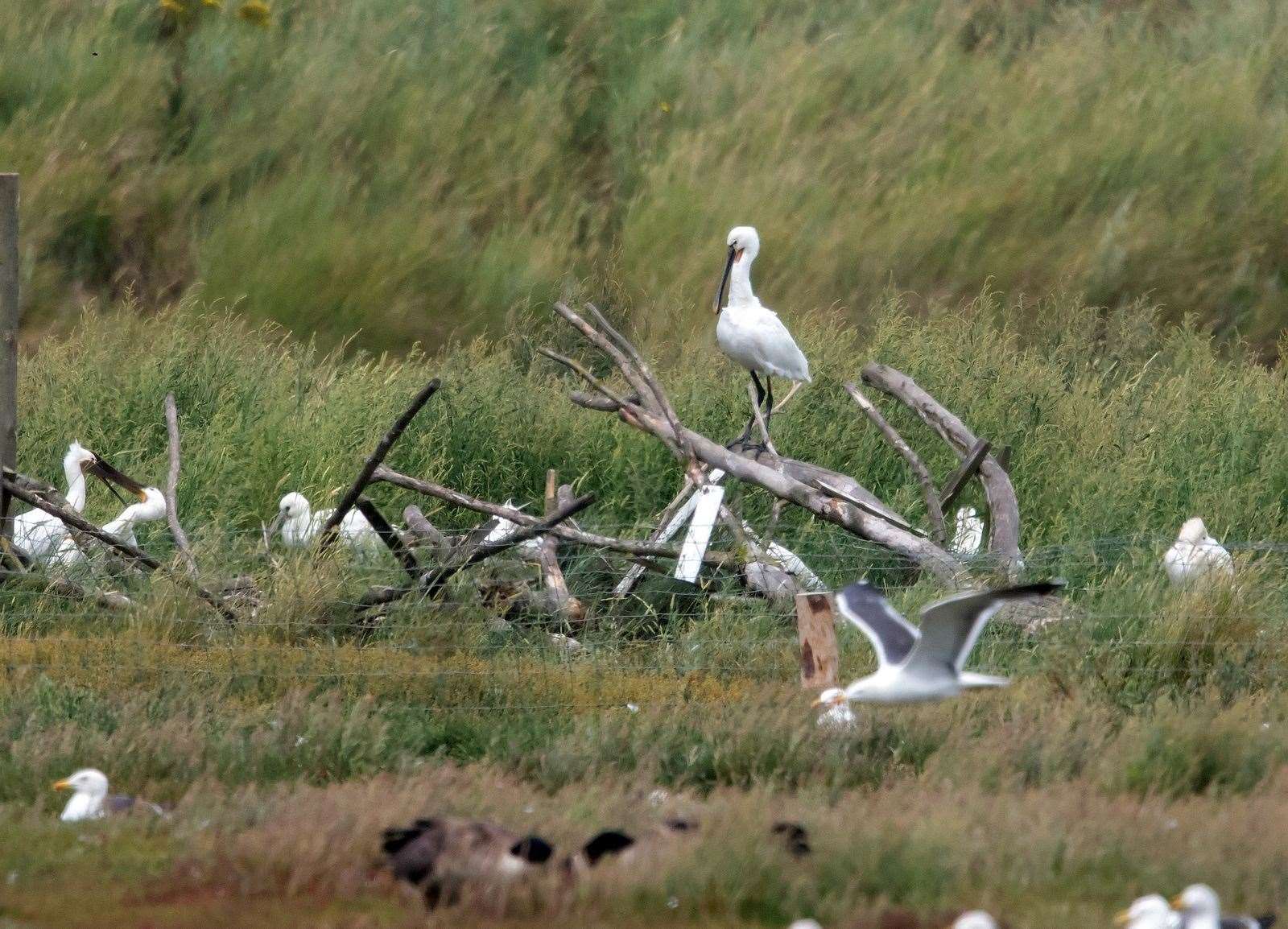 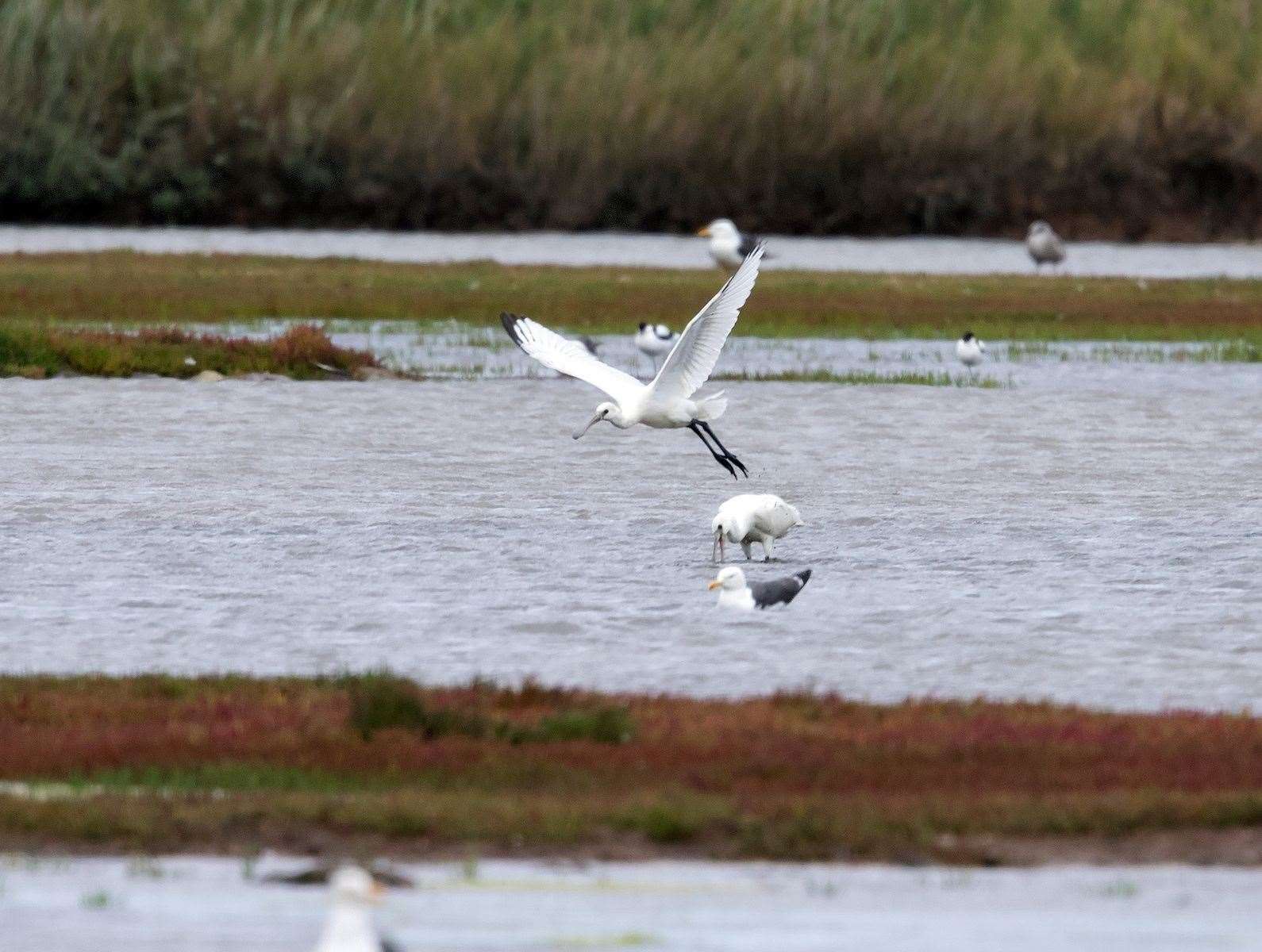 "It is only because of our brilliant members and supporters that we can protect these sites and the wildlife they support, together we can give nature the best shot at recovering and thriving.

“With continued protection of their all-important habitats we are hoping they will continue to thrive across the country, and at RSPB Havergate Island.”

The wildlife charity has been working over the last 15 years to encourage Spoonbills to breed on the island, and in recent years, they have seen an increase in the number of the birds visiting, but this is the first time they have seen success in terms of breeding.

The team used a range of techniques to encourage the birds to nest on the site, including restoring natural habitats and installing models of Spoonbills to help the birds find nesting sites.

After creating raised platforms, which mimic their natural nest sites, the visiting Spoonbills began displaying breeding behaviour, such as passing sticks to each other, grooming partners and sleeping on the platforms.

Last year, the RSPB team had their first positive sign of breeding when five pairs made nests, but none were successful.

Following 2019's glimmer of hope, the team took further action in a bid to encourage breeding, by digging a 350-metre long ditch surrounding the nesting platforms and installing a protective fence.

The bird, named after their spoon-shaped beak, are a very rare breeding bird in the UK and recognised as a species of conservation concern.

They have white bodies, long black legs, and a bright splash of yellow on their throats – they sweep their huge spoon-like beaks side to side in water looking for food.

The exact year when Spoonbills last hatched in Suffolk is unknown but in the book A History of the Birds of Suffolk of 1932, Sir Thomas Bourne is quoted as saying Spoonbills were breeding at Trimley, beside the Orwell Estuary, in 1668.

But the RSPB says there is nothing to indicate when and why they ceased to breed at Trimley, and this colony was unknown to an author called Pennant writing in the journal British Zoology in 1776.

Due to this, there is a possibility that Spoonbills were still breeding at Trimley into the early years of the 18th century, and as such, it seems likely the Havergate chicks were the first to hatch in Suffolk for between 300 and 350 years.

Read more: All the latest news from Woodbridge